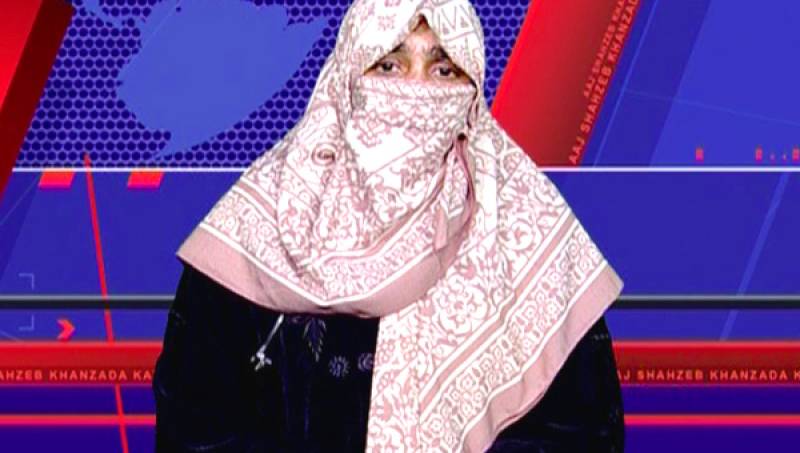 KARACHI (Staff Report) – The wife of Muttahida Qaumi Movement (MQM) activist Saulat Mirza on Wednesday said that she has been receiving threatening phone calls from Canada and South Africa since the videotape of her husband was released from his death cell.

She confirmed of receiving threats via three phone numbers, two of which were already known to her. The same people (from the party) used to assure every sort of cooperation previously, she said.

"Muttahida Qaumi Movement will be responsible if any of the 60 members of my family gets harmed," she added while hinting at the links of phone calls to MQM.

More Related: Saulat Mirza was in contact with Altaf just before arrest: wife

“We are being told to beware of the consequences after recent revelations by husband,” the wife of death row convict maintained.

The family has been provided with a detail of police personnel.

Earlier she had confirmed her husband’s links to the MQM chief Altaf Hussain in an interview to private TV channel.

Saulat Mirza was arrested for the charges of murdering KESC head in 1997 and scheduled to be hanged on March 19. Any how the execution was halted after his video tape surfaced in which had been shown leveling allegations of ordering murders against MQM chief.

President Mamnoon Hussain had halted his execution for another month on the request of Prime Minister Nawaz Sharif.

Mirza, who is currently detained in Mach Jail of Balochistan, is now scheduled to be executed on April 30.