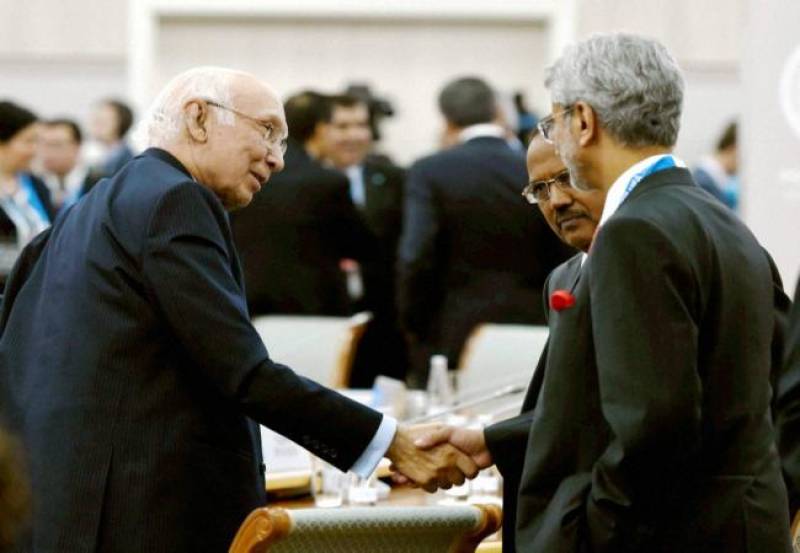 ISLAMABAD (Web Desk) - The national security advisers of Pakistan and India are likely to meet in New Delhi on August 23 or 24 to discuss the bilateral ties, said Hindustan Times in a report.

The report suggested that Islamabad has formally been informed by Indian authorities and agenda of the meeting is being devised these days. The authorities have decided to hold talks with Pakistan despite Gurdaspur attack which left as many as seven Indians dead, added the report.

Although the dates were suggested before the attack the government would still want to stay on track, the newspaper quoted an official saying.

Ajit Doval and Sartaj Aziz, the national security advisers, are likely to priorities the terrorism related issues during the talks, it added. Doval is preparing to raise India's concerns over trial of 26/11 suspect Zaki Urrehman Lakhvi whereas Pakistan is also readying a dossier regarding Samjhota Express attack, the report concluded.

Earlier premiers of Pakistan and India had agreed to restore bilateral dialogue during a brief meeting in Ufa last month.