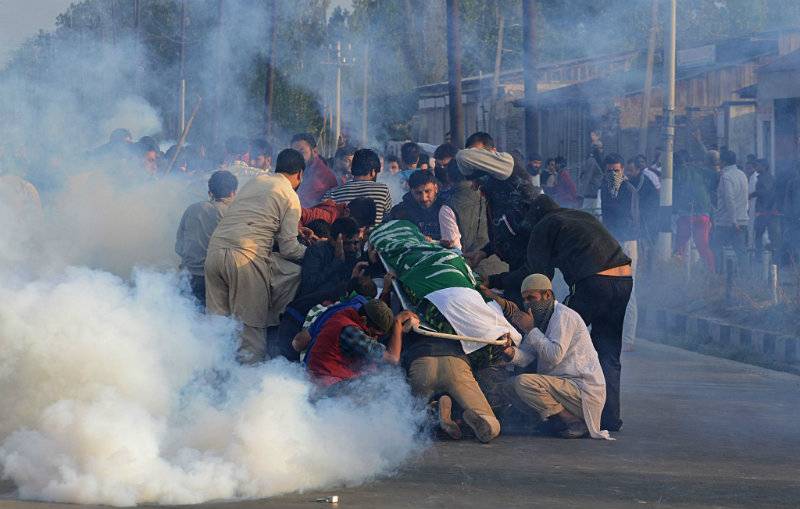 SRI NAGAR - Indian forces in an unabated spree of violence martyred 33 Kashmiri people including two young boys and a woman, during the month of July, Kashmir Media Service reported.

The media outlet, after a thorough study by its research wing, revealed that three of those martyred were killed in a fake encounter. The killings left three women widowed and six children orphaned.

"During the month, 565 people were critically injured when Indian police and paramilitary forces used brute force and fired pellets and teargas shells on mourners and peaceful demonstrators in the occupied territory," it said.

Apart from killings, 450 people, including Hurriyat leaders, activists and youth were arrested.

Indian troops molested or raped at least 24 women and destroyed 77 houses during the period, the media service said.

Although Indian forces keep on targeting civilians in the restive region but the casualties swelled in July owing to the fact that Kashmiris observed the first death anniversary of the commander of Hizbul Mujahideen Burhan Wani.

On the occasion, the Indian authorities imposed a curfew like situation blocking telecommunication in scattered places.