Green Promise program: 10 bln sampling to be planted by PTI govt in next five years 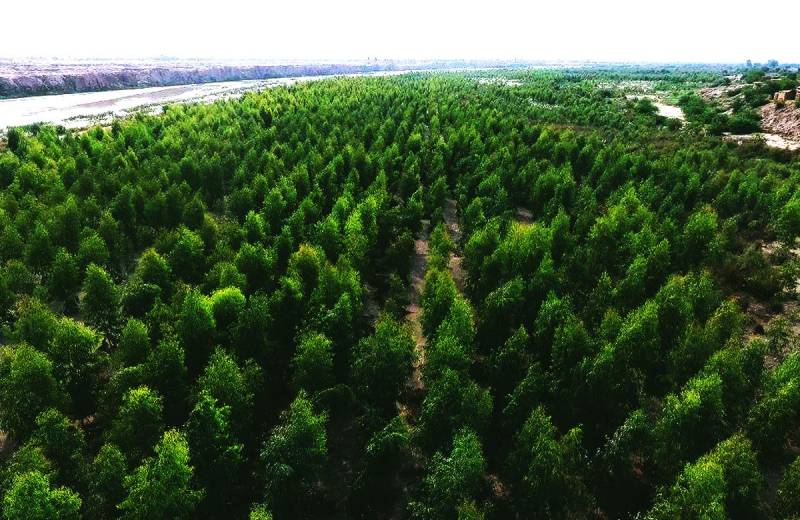 ISLAMABAD - Pakistan Tehreek -e-Insaf (PTI) is targeting to plant about 10 billion saplings under “Tree Tsunami programme” during next five years to tackle climate change issue in the country.

A senior leader of PTI Malik Amin Aslam said that PTI in its manifesto had promised to expand and restore the fractured forests of the country through a “10 Billion Tree Tsunami” spread over 5 years under principles of true forest valuation, community stewardship as well as public-private partnerships.

Amin said unlike other political parties, PTI is the only political party which has come up with ‘Green Promise’ in their party’s manifesto. “PTI has already promised in its 100 days agenda to launch 10 Billion Tree Tsunami Programme countrywide to tackle climate change.

“We will take action to manage climate change and make Pakistan greener under our Green Growth Agenda by investing in long term adaptation to climate change, addressing the root causes of environmental pollution, strengthening our institutions, planting 10 billion trees in 5 years, and by improving our disaster relief management and risk reduction,” he further said.

He said environmental conservation will be at the core of PTI’s governance. Pakistan ranks 7th on the most adversely affected countries due to climate change. Both, climate change and environmental pollution pose a grave threat to Pakistan’s sustainable future, he added.

He said, “We will establish a Green Growth Task Force under the Prime Minister’s cell to facilitate necessary legislation and implement the Green Growth Agenda.”

He said that Khyber Pakhtunkhwa (KP) government had planted more than a billion trees throughout the province and it got a global recognition by successfully winning ‘Bonn Challenge’ in the fight against climate change.

Amin further said that his party under its ‘Green Charter’ has completed its homework and is fully prepared to achieve the goals of clean water, clean air, protecting and enhancing forest cover and biodiversity.

An official of Ministry of Climate Change said that Pakistan is a forest deficient country having 4.224 million hectares’area (around 5% of its total area) under forest cover.

To another question, he said that the ministry has set a target of planting 47.14 million plants during the current monsoon season.

He said that the ministry will actively engage academia, students and civil society to achieve the challenging task of increasing the country’s forest cover.