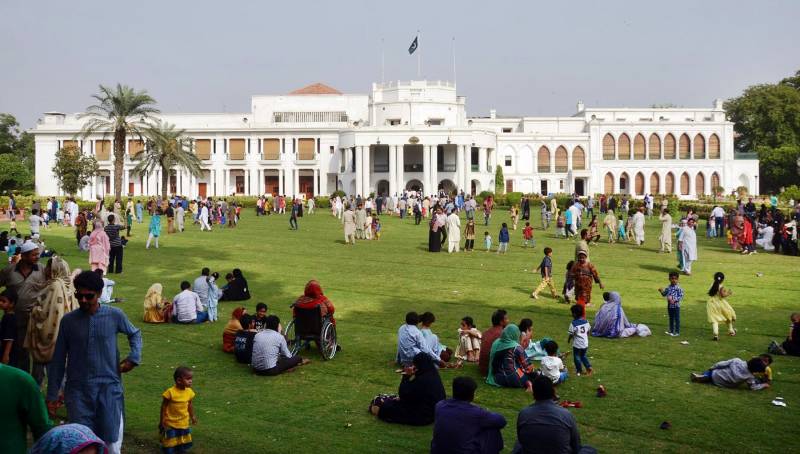 LAHORE - Prime Minister Imran Khan on Saturday ordered bulldozing the boundary walls off Punjab Governor House to convert it into a public park.

Provincial Information Minister Fayyazul Hasan Chohan speaking to media said that the premier has directed to demolish the walls immediately, adding that action in this regard will be started in next 48 to 72 hours.

After demolishing the boundary walls, the governor house will be fenced as per the orders of the prime minister.

The expenses of the Chief Minister Secretariat has been reduced to Rs800,000 from Rs5.5 million, he said.

The provincial minister further said the premier expressed concerns over transfers and postings of officials, warning that none of the ministers should have involved in it.

Effective price-control committees have been formed that will perform better to discourage the extra profiteering.

Punjab Governor House, which covers around 700 kanals area, will be converted into a public park while Khyber Pakhtunkhwa Gover­nor House into a women’s park and a museum.