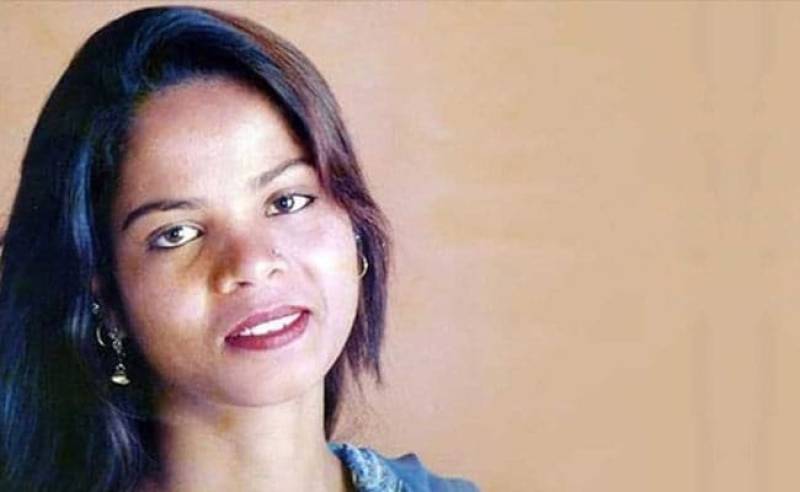 LAHORE – Asia Bibi, the Christian woman who spent eight years on death row on blasphemy charges in Pakistan, has arrived in Canada with her husband, her lawyer confirmed to German media on Friday.

“She is united with her family,” Bibi's lawyer Saif-ul-Malook told the German Frankfurter Allgemeine Zeitung newspaper.

Bibi’s two daughters left Pakistan in secret and flew to Canada in December earlier this month after accepting an offer of asylum by Prime Minister Justin Trudeau. Ottawa is a leading contender to give the whole family asylum.

Bibi’s lawyer however did not disclose any further details about Bibi's departure from Pakistan, citing security reasons.

Asia Bibi - also known as Asia Noreen - was unable to leave Pakistan while an appeal request was pending.

The news comes just days after the country’s top court rejected a challenge to the acquittal of the Christian woman on blasphemy charges.

The Supreme Court upheld its decision to overturn Asia Bibi's conviction and death sentence. "Based on merit, this petition is dismissed," Chief Justice Asif Saeed Khosa said in court on Tuesday.

Asia Bibi, who was born in 1971 and has four children, was the first woman to be sentenced to death under the blasphemy laws.

She was originally convicted in 2010 after being accused of insulting the Prophet Muhammad (PBUH) in a row with her neighbours, and spent eight years on death row.

She has always maintained her innocence.

Christians make up just 1.6% of the 200 million-plus population of the Islamic Republic of Pakistan.