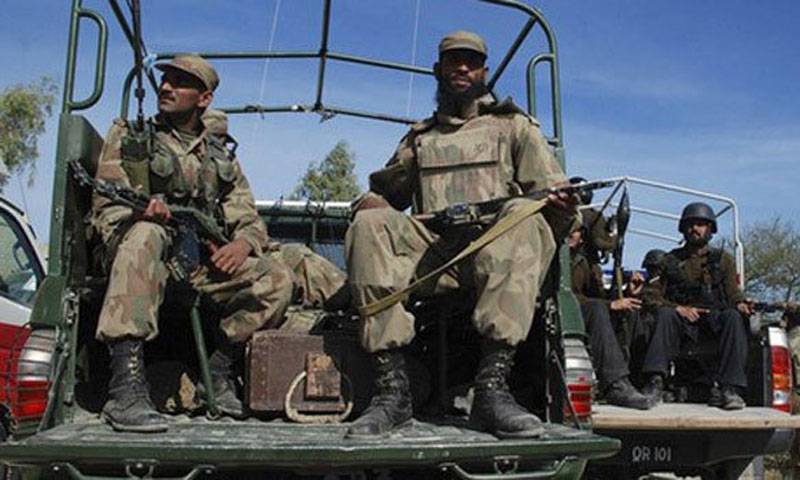 LORALAI — Pakistan Army personnel on Tuesday gunned down four terrorists including a suicide bomber, who blew himself during the attempt to attack residential/administration compound of security forces in a training center of FC at Loralai, Balochistan.

The Inter-Services Public Relations (ISPR) said in a statement that the terrorists were challenged at the entry point and denied entry into the compound. "Failing in their primary target terrorist resorted to indiscriminate fire and entered in a compound adjacent to check-post which was immediately cordoned off by the security forces," the ISPR statement added.

The valiant and timely action of security forces denied entry of terrorists into a residential area which would have resulted in more number of casualties, according to the military media wing.

The initial exchange of fire at check post resulted into martyrdom of four security forces personnel while two got injured.