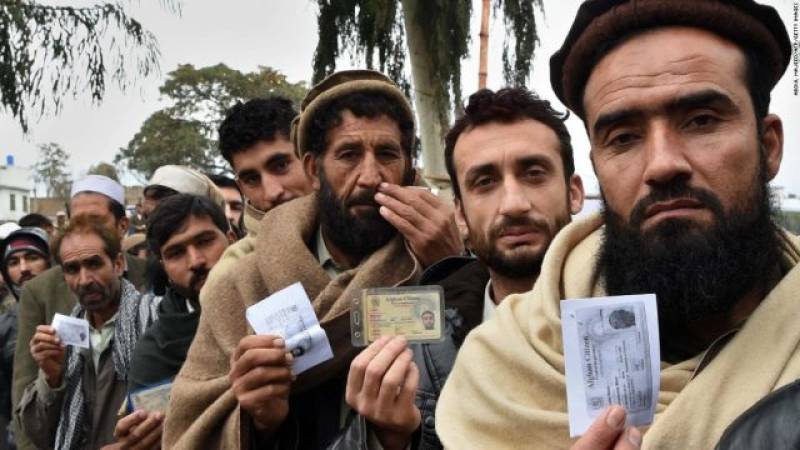 ISLAMABAD - The Federal Cabinet granted on Saturday an interim extension of three months for the stay of 1.4 million registered Afghan refugees residing in Pakistan.

The federal cabinet under the chair of caretaker Prime Minister Justice (r) Nasir-ul-Mulk discussed, in detail, the issue of extension in stay of the Afghan refugees.

Earlier on January 31, the cabinet had approved a 60-day extension in the registered Afghan refugees stay in Pakistan till March 31.

Upon the expiry of this deadline on March 31, the federal cabinet granted a 90-day extension, allowing Afghan refugees to stay in Pakistan till September 30

Under a trilateral agreement signed with Afghanistan and the United Nations, Pakistan has issued Proof of Registration (PoR) cards to the Afghan refugees who are registered with United Nations High Commissioner for Refugees (UNHCR).

The PoR cards allow these refugees to live in Pakistan for a fixed time period set by the federal government, take up jobs here and even purchase property.

The UNHCR’s official data suggests that near 1.4 million registered Afghan refugees are still residing in Pakistan while more than 2.5 illegal Afghan immigrants are also residing in the country and continue to pose serious security challenges.

Meanwhile, the meeting also decided to place the matter before the incoming elected government. Finance Minister Shamshad Akhtar also briefed the cabinet about the deliberations during the recently held meeting of Financial Action Task Force in Paris.

ISLAMABAD - The federal cabinet on Friday granted an extension in the stay of registered Afghan refugees residing in ...

Additionally, the meeting approved the annual budget of the Capital Development Authority (CDA) for the year 2018-19, besides nodding to an amendment to include National University of Technology (NUTCH) in Schedule-II of Rules of Business, 1973.