Nothing can change Pak-China relations come what may: PM Imran 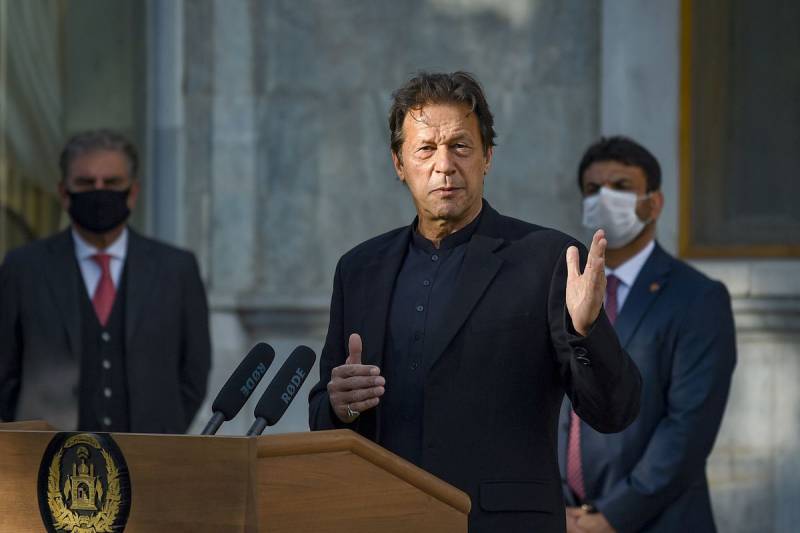 ISLAMABAD – Prime Minister Imran Khan Thursday reiterated that Pakistan will not change relations with time-tested friend China under any pressure as China stood by us in every difficult time.

Speaking with Chinese media on the occasion of the centenary celebrations of the Communist Party of China (CPC), the premier said Pakistan wants to further strengthen economic, trade, and political ties with the iron friend. Adding that the US-China conflict creates complications in the region.

PM termed the next phase of the China-Pakistan Economic Corridor (CPEC) as very ‘encouraging’ for Pakistan. We are hopeful that the Chinese industry will be interested in the special zones of CPEC, he opined.

Khan also added that he is also going to Gwadar next week to oversee the pace of corridor-related projects. He said his visit to China is also in the offing which will focus on further strengthen the bilateral relationship.

The Prime Minister said Pakistan hopes to attract the Chinese industries in the Special Economic Zones being established under the second phase of the CPEC.

He said we are also looking to benefit from the Chinese expertise in the agriculture sector to bolster the productivity of this sector of the economy.

The Prime Minister said China always stood by Pakistan in difficult times. This is why the people of Pakistan have a special place in their hearts for their Chinese friends.

Felicitating China on the 100th anniversary of the CPC, Imran Khan said Pakistan admires President Xi Jinping as one of the greatest statesmen of the modern world. He said the Chinese President's drive against corruption and the way he brought millions of people out of poverty is really admirable.

Responding to a question, Imran Khan said China stands out the way they coped with the Covid-19 pandemic. He said we are also thankful to China for donating vaccines which helped Pakistan better tackle the pandemic.

To a question, the Prime Minister said Pakistan accepts the Chinese version of the Xinjiang situation. He said it is hypocritical that there is no mention of the worst human rights violations being carried out in Indian illegally occupied Jammu and Kashmir in the western media. He said there are UN Security Council resolutions on the Kashmir dispute which accept the right of self-determination of the Kashmiri people.

About Afghanistan, the Prime Minister said the breakout of civil war in the country will have serious consequences for the region. Therefore, he said, Pakistan wants a political settlement in Afghanistan at all costs.