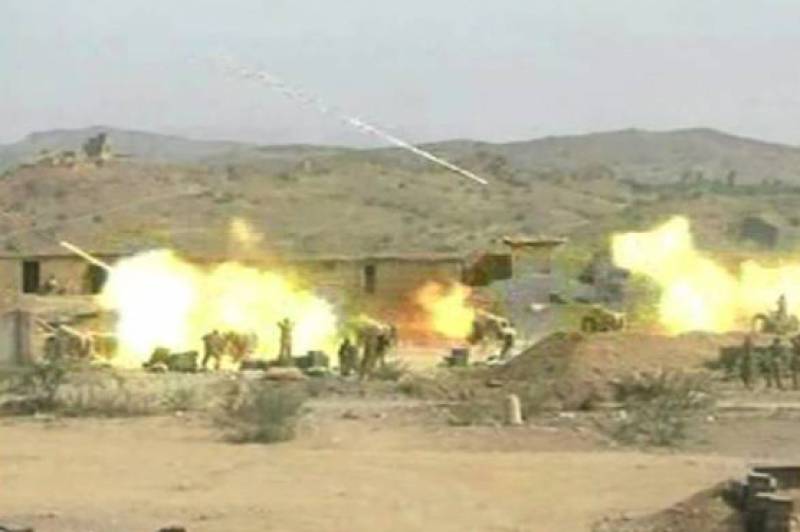 According to Inter Services Public Relations (ISPR), Pakistan army successfully carried out an aerial attack on the hideouts of terrorists which not only killed the terrorists but also destroyed arms and explosives in large quantity.

Pakistan Army killed 12 terrorists in the same area last night in a raid. The operation was carried out 10 Km South of Datta Khel.

Soldiers surrounded the terrorists before the action.

According to ISPR, terrorists escaped leaving the bodies of killed terrorists behind.