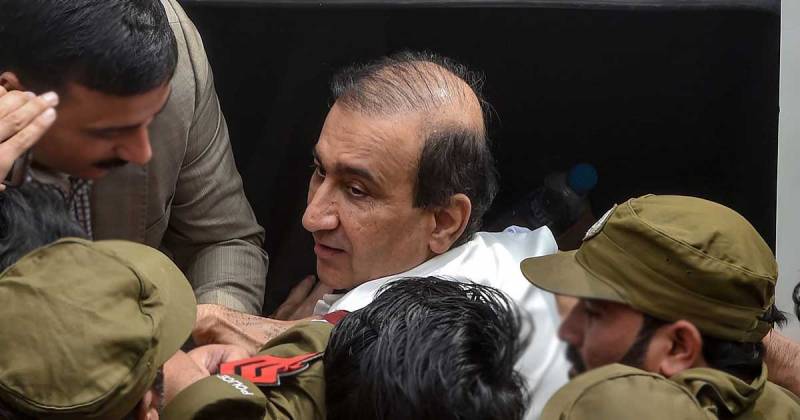 However, the jail authorities did not produce Mir Shakil before the court due to COVID-19 protocol.

Mir Shakil-ur-Rahman was taken into custody following his appearance in the anti-corruption watchdog's office in Lahore on March 12 after he failed to give satisfactory answers during interrogation.

The NAB had alleged that the accused obtained illegal exemption of 54 plots of one-kanal each in Johar Town Lahore, with the connivance of Nawaz Sharif, the then chief minister of Punjab, in violation of the exemption policy.

It is pertinent to mention here that Mir Shakil had approached the Lahore High Court for bail in the case.