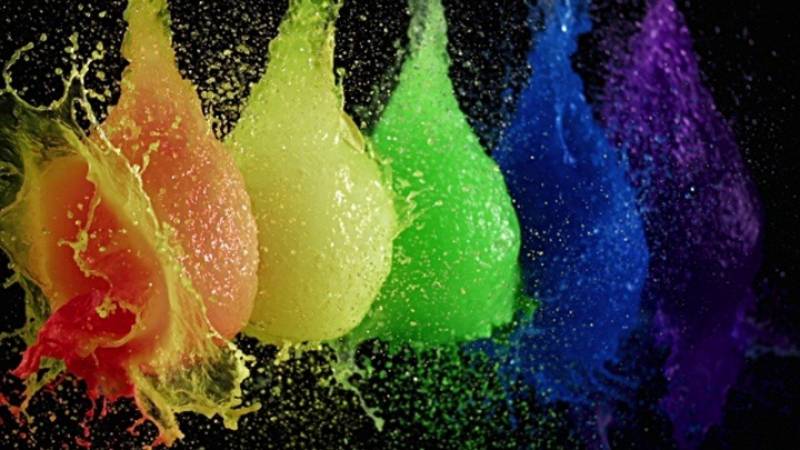 NEW DELHI – The Hindu festival of Holi is supposed to be the event of colours when people play and laugh together, forgetting personal enmities, but in a New Delhi college, the event took a bizarre turn for some girls.

A student of Lady Sri Ram College, New Delhi, took to social media and shared a story of coming under an attack of semen-filled balloons in the guise of Holi celebrations.

On this event, people throw colorful water even on unknown passersby, chanting a phrase "Bura Na Mano Holi Hai", but the girls were angry after they discovered the liquid to semen.

Unveiling the hooliganism, a student shared her story on Instagram stating, "I went out with a friend for lunch to a cafe in Amar Colony Market. At around five when heading back in a rickshaw there came flying my way a liquid-filled balloon hitting me in the hip where it burst open, its content seeping into my dress.

"It dried white on my black leggings... I did not guess what it really was. Only when I returned to my hostel to hear another friend of mine talking about semen-flinging," she said.

"Not a single person in that busy market batted a single eyelid at the sight of men throwing such balloons," she said in the post.

The student added, "Ever since in moved to this city seven months ago, I've been bumped by more than once by men."

She further wrote, "‘Honey’, ‘Maal’, ‘Momo’, ‘China’, ‘Item’. Just some endearing nicknames that I go by nowadays. Go ahead. Scream ‘Chinese’ at me from across the street and run off. I won’t even get more than mildly annoyed. I’m so used to it now. ‘Chinky girls are easy’. I wonder where my ‘FAULT’ lies really. In being born a girl, or in being from the North-East. I’m not the first person to be going through these things. I’m just one of many. But do you see things from my perspective just a little better now?"

The LSR Students’ Union has called for a protest on March 1 against the disturbing incidents. In a statement, the Union said that there are those who “play Holi”, and then those who fear stepping out on that day. 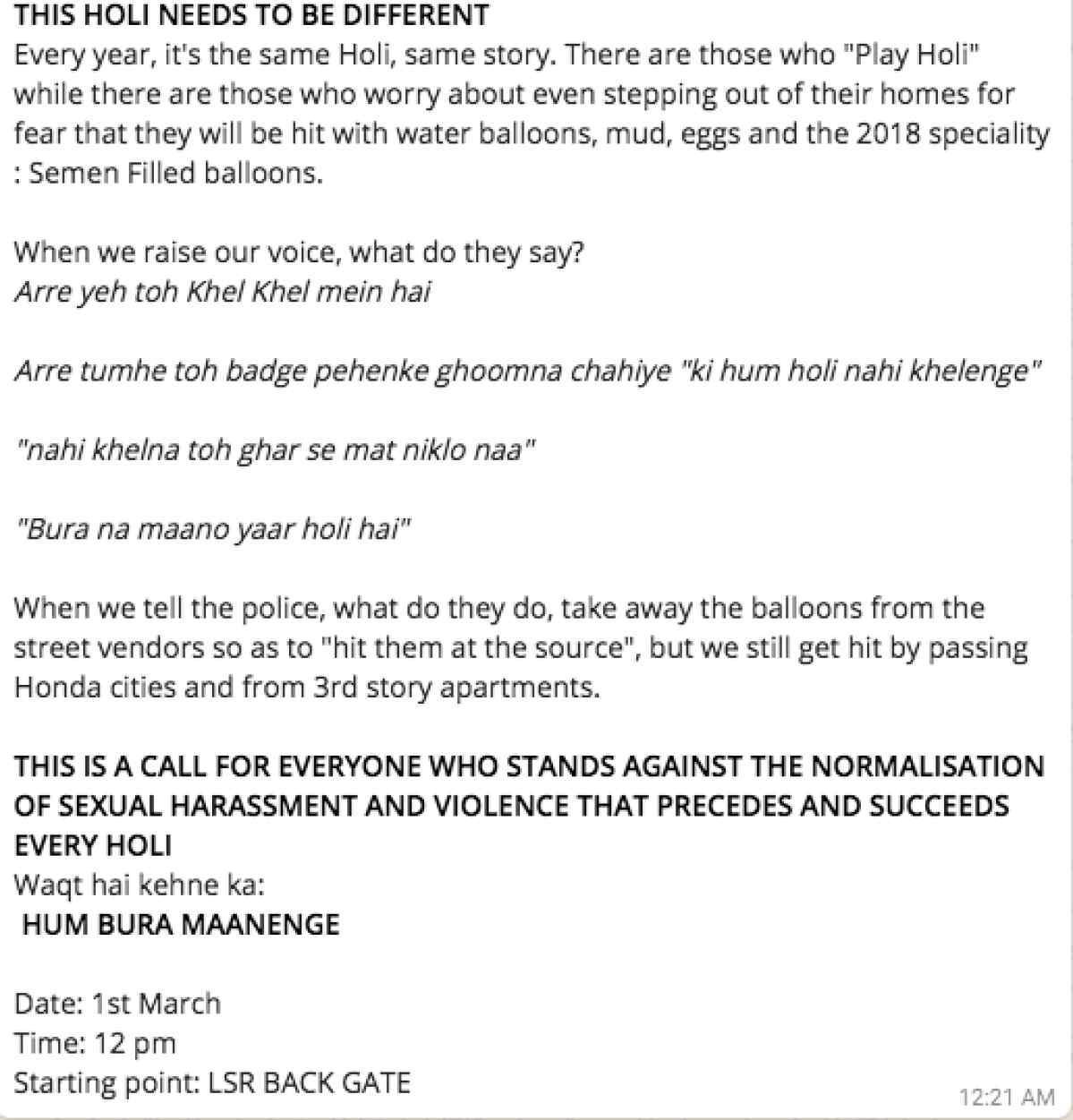 According to ANI news, a written apology has been given to the students by the family of the student who threw the balloons on them.

After the Instagram post of the LSR college girls went viral, a student of Delhi University’s Jesus and Mary College shared the story of the incident she went through.

“So the festival of ‘fun’ is here! Time for colours, eggs, dirty water and oh how can I forget the most important one- SEMEN.

It was just another usual day of travelling back home from college..

The bus stopped a little after Sagarpur bus stop. And that’s when it happened.

Before I even realised it, a guy threw a balloon filled with semen straight at my chest. For a few minutes I was just shocked and by the time I recovered from it, he and his friends were gone. I was DISGUSTED and really furious. And that’s when a lady sitting in front of me said, “Beta, Bura mat mano holi hai” And the others in the bus laughed and said the same to me. I didn’t know whom to be more disgusted on- the idiot who threw it or the crowd who normalised it.

Till yesterday, I had just heard about semen throwing at girls and my heart was broken to hear it.

Today I was the victim to it and that was when I wholly realized and understood the absolute depravity of human beings.

I would have said humans behave like animals but then that’s a disgrace to animals in itself".

Students and teachers of Jesus and Mary College also protested outside Police Headquarters in Delhi over the incident of semen-filled balloons being thrown at women.

Following the incident, the police have launched investigation in order to prevent such acts in the future.