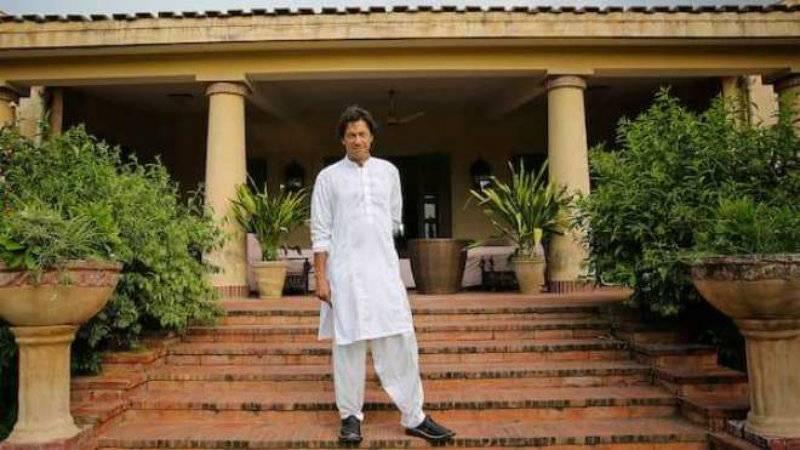 ISLAMABAD - In what appears to be another blow to Pakistan Tehreek-e-Insaf Chairman Imran Khan, the No Objection Certificate (NOC) and the blueprint of Khan’s Bani Gala residence were declared fake by former secretary of the union council in Bara Kahu.

In his reply to the Supreme Court submitted on Wednesday regarding encroachments in Bani Gala, the former official, Muhammad Umar stated that UC had not issued NOC to Imran for construction of Bani Gala residence adding that the documents presented before the court by Khan were also not issued by the local authority. 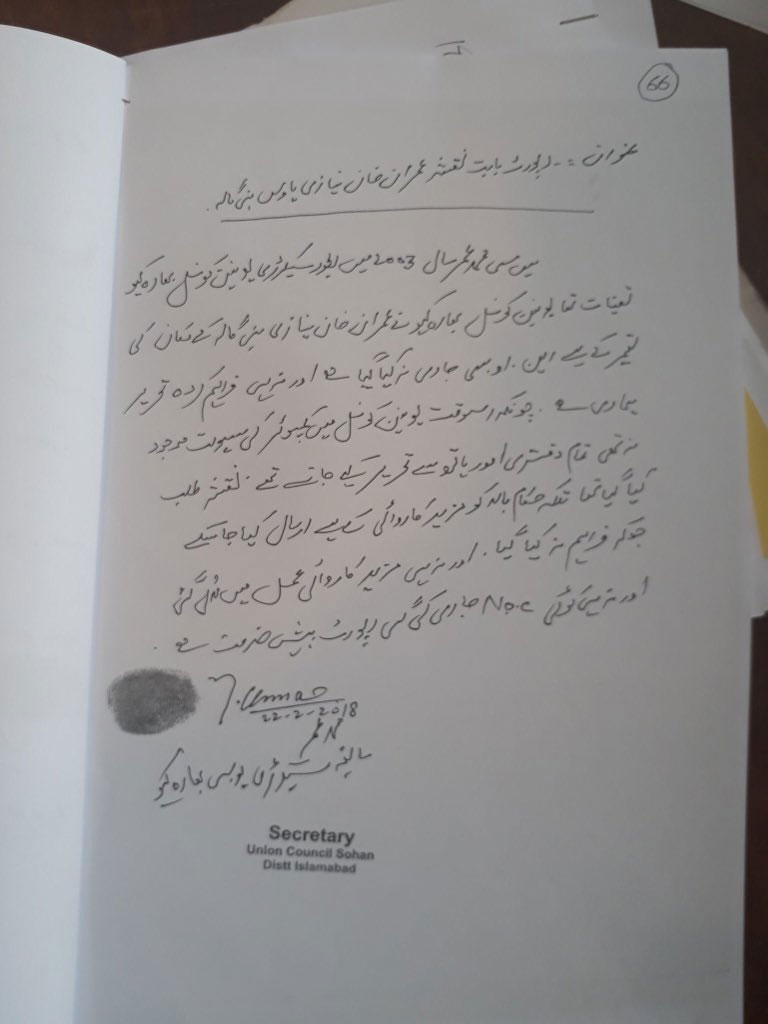 Umar continued that the blueprint for the residence was also fake, stating that the union council had asked PTI chief to submit a blueprint for clearance but it was never submitted.

It bears mentioning that the Capital Development Authority (CDA) had declared the construction of the PTI chairman's house illegal in a hearing on May 9, 2017.

The top court had ordered CDA to verify the documents submitted by the PTI supremo after which a report was submitted by CDA which stated that the authority had declared 122 buildings illegal including Imran Khan’s Bani Gala residence.

It said that the construction was against the regulations of Islamabad Capital Territory.

In another hearing in February, the Supreme Court sought property documents of the Bani Gala residence from the CDA.

The Chief Justice of Pakistan Mian Saqib Nisar, during the course of proceedings, warned that the residential structures in Bani Gala would be demolished if they were not as per the laws and regulations of CDA.

"Building regulations must be abided by," the chief justice remarked during the hearing on illegal structures in Bani Gala.

On the other hand, Imran's counsel Babar Awan maintained that CDA had no authority over private properties, adding that the constructions around Rawal Dam were illegal.

Moreover, Secretary Information and Central SpokesPerson of Pakistan Tehreek-e-Insaaf, Fawad Hussain rubbished the allegations and wondered why the Deputy Commissioner office was cautious about NOC now, though the Bani Gala residence was constructed some 14 years back.

“Statements by the additional deputy commissioner and secretary are a pack of lies,” he said in a video message.

"No permission was needed for the mansion’s construction but even then Imran directed me to acquire a written order," claimed the PTI leader.

Kyani claimed he and his father visited the UC office of Bara Kahu to acquire the NOC and he collected the documents personally.

He further added that he will present himself in court to record his statement if he is summoned.