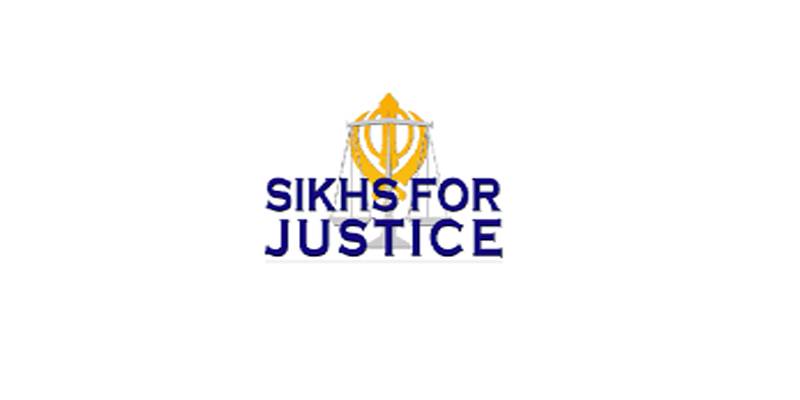 NEW YORK - Braving cold weather, hundreds of American Sikhs, Kashmiris and Pakistanis Thursday demonstrated in front of the United Nations building to express solidarity with Pakistan and condemn India's aggression against it, as the UN and world powers worked feverishly to de-escalate the heightened tensions between the two South Asian countries.

Shouting vociferous anti-India and pro-Pakistan slogans, they urged the United Nations to take a leading role to prevent a full-scale war between the two countries in the wake of India's blatant incursions across the Line of Control (LoC) and Pakistan responding by downing two Indian warplanes inside the Pakistani airspace.

The demonstrators were carrying banners like banners like “Referendum Not War”, “Stop Modi’s Jingoistic War”, "Modi: Face of Indian Terrorism", "Pulwama: Election Stunt", "Indian forces out of Kashmir" and "Self-determination for Kashmiris".

Thursday's “Anti-War” rally was organized by US-based “Sikhs For Justice” (SfJ), which seeks the independence of Punjab from Indian occupation through a referendum.

Later, the SfJ submitted a memorandum to the UN Assistant Secretary-General for Human Rights, Andrew Gilmour, calling for the resolution of the conflicts in Kashmir and Indian Punjab by organizing referendums in those regions.

Co-signed by several Kashmiri, Pakistani and Sikh organizations, it stated, “despite the peaceful, democratic nature of Kashmiri’s demand for a plebiscite and the Sikhs’ campaign for Referendum 2020, Indian authorities appear determined to crush these movements by unleashing a reign of terror.

"The Indian authorities are also exaggerating stories and fabricating evidence to implicate the activists in terrorism cases.”

It added, “To avoid any further human tragedy that a war and the cycle of violence brings forth, we urge the United Nations, as the principle organization responsible for world peace, to take a lead role in impressing upon India the urgency of holding a plebiscite in the regions of Kashmir and Punjab which are under its control - this will determine the fate of these regions according to the wishes of the people.”

“Kashmiris and Sikhs have suffered genocide and violence for more than 70 years and we believe that only a democratic process like a plebiscite can bring sustainable peace to the region. A referendum, not war is the solution for the Indian held Kashmir and Punjab regions," Gurpatwant Singh Pannun, legal advisor to SFJ, said.

Sardar Sawar Khan, a former member of the Azad Kashmir Council, thanked the Sikhs for organizing the demonstration and said that through their joint struggle they would be able to achieve their goal of freedom from Indian yoke.

After demonstrating for a couple of hours, Kashmiris and Pakistanis marched to the Indian Mission to the UN and staged a demonstration. They carried Pakistan and Azad Kashmir flags and called for India to stop its aggressive policies.

They raised "Pakistan Zinda Bad" and "Pakistan Military Zinda Bad" slogans and vowed to continue their struggle to liberate Kashmir from Indian occupation.