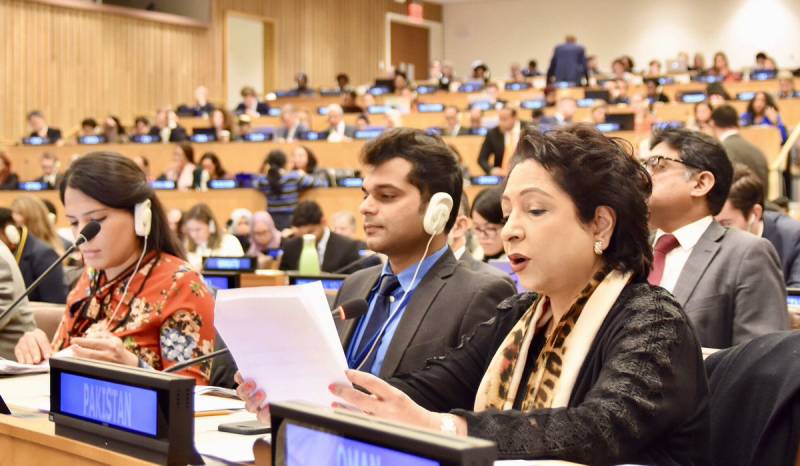 "The onus now is on India to de-escalate the situation", she said in an interview with APP after a meeting with Maria Luiza Ribeiro Viotti , chief of staff of UN Secretary-General Antonio Guterres Thursday evening Apart from briefing the SG's office she held a series of meetings in different parts of UN Headquarters in New York.

"Pakistan now expects India to make a reciprocal gesture and respond to the offer for a dialogue," she said.

Following the Feb. 14 Pulwama incident, Prime Minister Khan offered investigation if "actionable" evidence was provided but none has been forthcoming. He also proposed discussions and dialogue, but India responded by launching an attack on Pakistan in violation of the UN Charter and international law, posing a threat to international peace and security.

The prime minister's decision to free the Indian pilot, whose warplane was shot down by Pakistani jets on Wednesday, has been welcomed by the UN chief and countries around the world.

But Ambassador Lodhi said the situation on the ground remained tense and India has yet to start a process of de-escalation.

She said it was clear to her during her meetings with representatives of various countries that the international community wants to see a calming of tensions, which is what Pakistani wants.

The Pakistani envoy added that during her meeting with Chef de Cabinet Viotti, she informed her that efforts by friendly countries at the diplomatic level are yet to translate into de-escalation at the military level.

Apart from meetings with Ambassadors of the Permanent Members of the Security Council, she has also been reaching out to representatives of Muslim countries and especially thanked the Ambassador of Turkey for his country's solidarity and support for Pakistan.