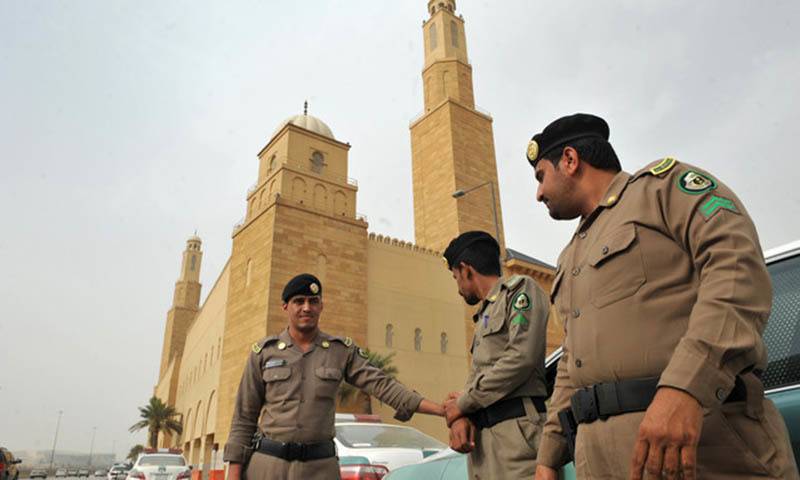 RIYADH (Agencies) -Saudi Arbaia beheaded a Pakistani convicted of drug smuggling on Friday, the 73rd execution in the kingdom so far this year.

Shirin Khan was put to death in Riyadh province after being found guilty of smuggling heroin into the kingdom in swallowed balloons, the interior ministry said.

In the whole of 2014, Saudi Arabia carried out 87 executions, and Amnesty International has spoken of a “macabre spike” in the kingdom's use of the death penalty this year.

The Gulf has become an increasingly important market for illicit drugs in recent years, the United Nations Office on Drugs and Crime says.

The Pakistani city of Karachi is a key transit point for heroin from Afghanistan and Saudi Arabia has carried out a spate of executions of Pakistani drugs mules.

Rape, murder, apostasy, armed robbery and drug trafficking are all punishable by death under Saudi Arabia's version of Islamic sharia law. The cabinet has affirmed that the kingdom's legal system ensures “justice for all”, Saudi Press Agency (SPA) reported.

But Christof Heyns, the UN special rapporteur on extrajudicial, summary or arbitrary executions, said in September last year that trials “are by all accounts grossly unfair” and defendants are often not allowed a lawyer. He said confessions were obtained under torture.

The Gulf state has carried out around 80 executions annually since 2011. In comparison, Iran has executed more than 1,000 people since January last year, Ahmed Shaheed said the UN special rapporteur on Iran.