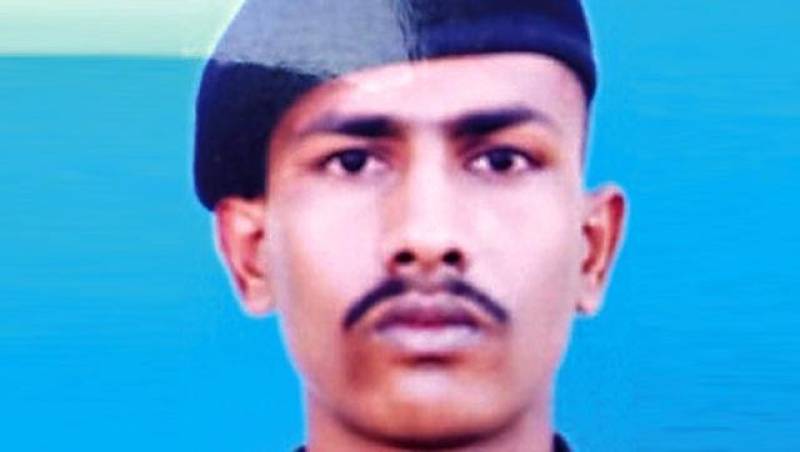 NEW DELHI (Web Desk) - The grandmother of lone Indian soldier, who was held captive by Pakistan Army after the claims of surgical strikes on Wednesday has died, Indian media reported.
According to Local Marathi television channel IBN Lokmat, the grandmother Lilabai Patil, died after she heard of his capture by the Pakistan army. It is reported that the maternal grandmother had brought up the 22-year-old Chandu Chavan since he was a child after his parents were killed.
The captive soldier hails from Borvihir village in Dhule district of Maharashtra and Indian officials are seeking early recovery of the soldier.

Home minister Rajnath Singh said, “The government has taken note of media reports that say our soldier is in Pakistan’s captivity,  India will take up the matter with Pakistan” TV channels reported him as saying.

Singh also spoke to the Chavan’s family and assured them of all support. The Indian government refuted Pakistani claims of Chavan's captivity and instead expressed that the soldier simply strayed across LoC.

As many as 8 Indian soldiers were reportedly left dead after Pakistan gave a scathing rejoinder to India after the latter claimed of surgical strikes inside Pakistan leaving two Pakistani troops dead.

International community is urging arch-rivals to calm down the situation and avoid from embroiling in any kind of military show down.