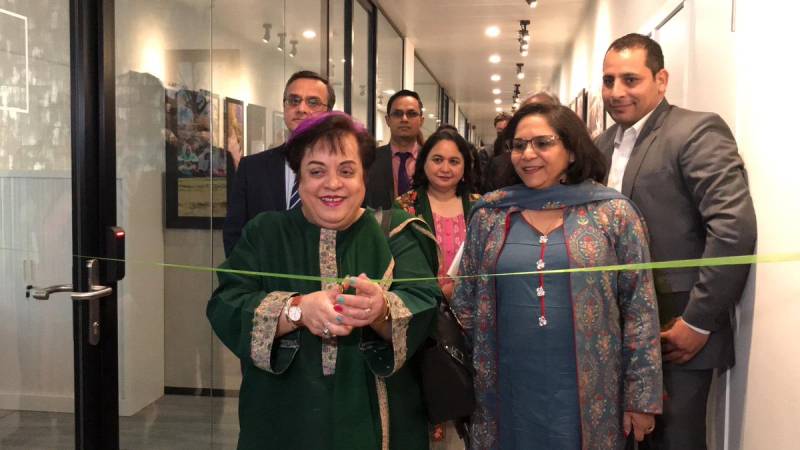 ISLAMABAD – The embassy of Pakistan in Brussels Tuesday opened a tourist information corner to promote the country’s tourism potential abroad.

Dr Mazari in her speech highlighted significance of tourism in strengthening economy of the country and providing employment to young people.

Pak embassy in Brussels has done a remarkable job by setting up a Pak Tourism Info Centre at the Tribes Building where entire office building theme focuses on Hunza. I inaugurated this corner today. 1/2 pic.twitter.com/FaRdw210iB

She mentioned the government’s commitment to promote sustainable tourism including implementation of liberal visa policy and abolition of restrictions to visit the Northern areas which earlier required formal approval.

2/2 Tribes is a wonderful concept where Tribes builds office space buildings themed after certain tribes across the world. Hunza theme came from this policy. pic.twitter.com/qnNg6p83G5

She highlighted the spectacular beauty of Northern Areas of Pakistan in terms of mountains and glaciers besides the equally scenic Southern parts with serene beaches and vast deserts.

Dr Mazari lauded the efforts of embassy of Pakistan in Brussels for taking up this initiative for the promotion of tourism, which she said was important to dispel misconception about the country by showcasing its rich and diverse cultural heritage.

She said Pakistan was blessed with all geographical features ranging from snow-clad high mountains to beautiful beaches and lush green planes of Punjab to big deserts like Thar and Cholistan.

The first ever Belgian mountaineer to have scaled K-2 Paul Hegge shared his experience of visiting Pakistan and scaling world’s second highest but most difficult peak.

He said K-2, the second highest peak of the world surrounded by eight highest peaks including four peaks above 8,000 meters and several biggest glaciers of the world offered a unique experience to climbers.

He praised the diversity of Pakistan, warmth of people and the culture of helping foreigners.

Photo journalist Mr Benoit Sneessens who visited Hunza six times for photography, made a presentation of his photographic work.

The launch was attended by a large number of Belgian and European participants including politicians, academics, travel writers, tour operators, media persons, and officials of European Commission and External Action Service.

The information corner features books and pamphlets on tourist attractions in Pakistan.