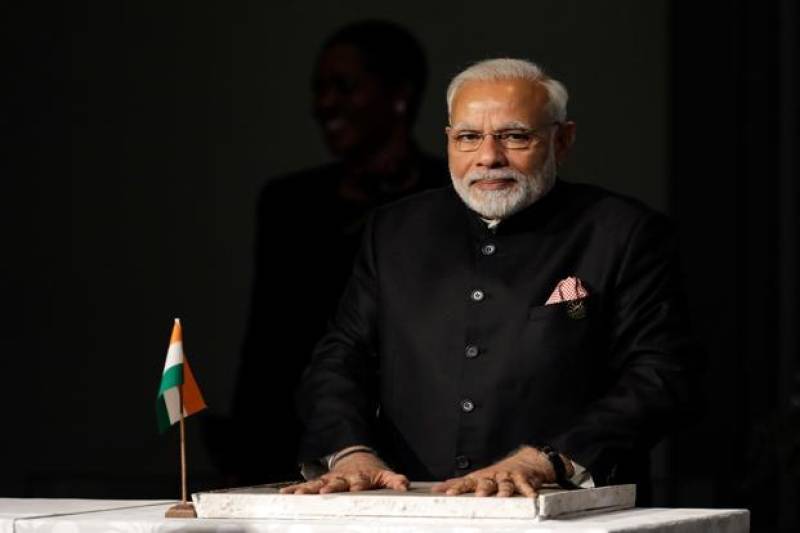 The PTI circles are abuzz with the prospects of India’s prime minister Narendra Modi attending the oath-taking ceremony of Imran Khan on August 11. Both the counterparts spoke over the phone following the Indian media going in hyper-drive about Pakistan’s choice for its next chief executive. The transition from hostile mode to a frenemy won’t come easy, in most part for Pakistan.

Imran Khan’s unscripted inaugural speech drew the attention of movers and shakers at the global stage. He mentioned India for nine times and Kashmir thrice.

“I think it will be very good for all of us if we have good relations with India. We need to have trade ties, and the more we will trade, both countries will benefit. The unfortunate truth is that Kashmir is a core issue, and the situation in Kashmir, and what the people of Kashmir have seen in the last 30 years .... they have really suffered.”

The other important part of his speech was the desire to resume dialogue.

“Pakistan and India's leadership should sit at a table and try to fix this problem. It's not going anywhere. We are at square one right now [with India]. If India's leadership is ready, we are ready to improve ties with India. If you step forward one step, we will take two steps forward.”

The bilateral peace process stalled in November 2008 when India blamed Pakistan for terrorist events in Mumbai though denying any involvement, Islamabad has extended cooperation in the probe.

And in April 2012, Pakistan’s President Asif Ali Zardari held "friendly" talks with Indian Prime Minister Manmohan Singh on his visit to India with son and political heir Bilawal. In a fashion quite similar to his telephone call to Bani Gala, Modi spoke to Nawaz from Delhi and invited him on oath-taking. The Pakistani prime minister obliged, thus making his May 26, 2014, visit the last one by a Pakistan top leader.

The message is simple: accept India’s position on the Mumbai terrorist attacks, punish those it sees as culprits without asking for evidence, and eventually tender apology for the state connivance behind the terror attacks. The Modi government aims to prove and Pakistan’s acknowledge the clandestine role of ISI in terrorism.

Like Obama’s, the Trump White House speaks Delhi’s language and conducts diplomacy (read coercion) on its behalf. Thus, the Imran Khan government will be faced with the challenge of persuading the US to de-hyphenate its ties with Pakistan from India’s. Of course, it won’t be an easy gig in any way.

First things first, can the PTI leader afford to grace his inauguration with such a counterpart. Modi will use the opportunity to forward Delhi’s narrative of Islamabad being the prime sponsor of state terrorism in the region.

Nawaz Sharif’s bid to deal with Modi at a personal level. Not only did he accepted the invitation to attend the BJP leader’s oath-taking but also maintained a private or backdoor contact, often without taking his own cabinet and intelligence agencies into confidence.

Neither the PMLN president was the king nor Modi a dove. India successfully pushed its narrative in the UN as well as the US while widening the wedge between the Lahori politician and the Pakistani establishment. Can Imran Khan opt to take that root? A sane answer would be a plain no.

While inviting Modi for August 11 ceremony, Imran Khan may also like to consider that India goes to vote next year. The country is politically polarized. The BJP supremo’s every move is meant to have implications for his party and support base.

From South Korea’s massive investment to set up a mammoth Samsung mobile phone factory to conducting joint military drills with Japan, the US, and Australia, the far-right media and parties project them all as political gains Congress and other rivals could not have achieved.

So having Modi come to Islamabad and lecture Pakistan against being a terror heaven either in a public speech, a press interaction or a TV interview will serve the Hindu voter back home while worsening ties with the hosts and burdening the PTI government with the political fallout.

As for Imran Khan’s passion and commitment for Jammu & Kashmir, the Hurriyet leadership would least approve off any reward for Delhi’s bad behavior. Beyond the horrendous stories of pellet-gun-inflicted injuries, custodial and extra-judicial killing, the BJP government is now mulling over striking down constitutional provision according the state a special state and barring any non-native from buying land and applying for the local jobs.

The Kashmiri leadership and the people have vowed to block any bid to strike down the constitutional provision of 35-A. If such blatant action is not an overt assertion of India’s denial of Kashmir’s disputed status than what else would be.

Though rarely Pakistan raises voice for the plight of the Muslim minority in India, the conditions are appalling in recent years. Except for the South of India, every Muslim citizen in the country is threatened with lynching, abuse and disloyalty. The BJP and RSS mobocracy have already taken the toll on dozens of lives in 2018 alone, thus spreading a reign of terror across the community.

More recently, over 5 million Muslims in the southeastern state of Assam have become fresh subjects of incarnation. Owing to their opposition to the BJP in the elections, the Assami Muslims are said to have failed to prove their citizenship prior to the creation of Bangladesh in 1971.

The government of Assam published a preliminary list of citizens to incorporate into its National Register of Citizens, a process carried out for the first time in six decades. Those found without proof of residence before 1971 are likely to be deported to Bangladesh.

Only Imran Khan and his party can tell if Naya Pakistan will reward India’s bad behavior in the name of resuming the stalled peace process, which may not deliberate over the dispute of Jammu and Kashmir.