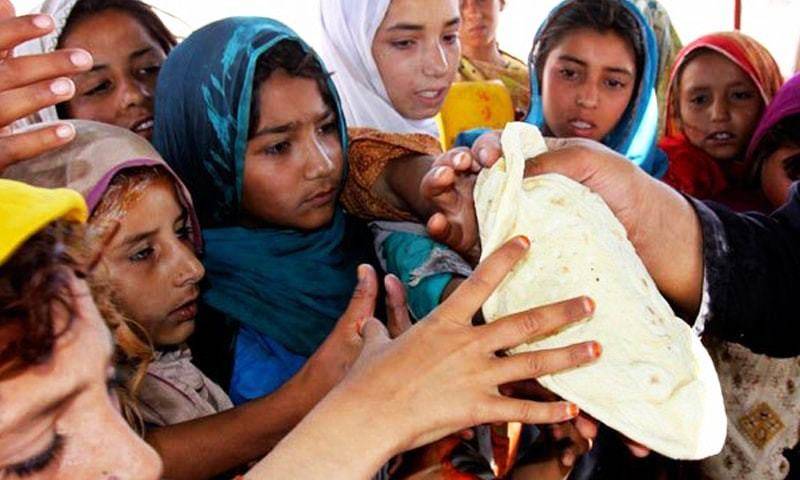 In 2015, no less than 193 countries of the United Nations General Assembly adopted the 2030 agenda for sustainable development, the first and foremost goal of which was to “end poverty in all forms everywhere”. Nations are constantly striving towards empowering vulnerable communities, by building capacity and working on resource distribution. However, still, a sizeable percentage of the global population lives below the poverty line. Does the pertinent question remain as to why poverty is still an unsolved problem?

Recognizing the growing connection between poverty and the environment, United Nations has declared this year’s theme for the International Day for the Eradication of Poverty to be “Building Forward Together: Ending Persistent Poverty, Respecting all People and our Planet,” which is highly significant in the current global landscape of the challenge.

To curb social and environmental injustices, action must be taken at the grassroots level, and an effective way to ensure such action is engendering public-private partnerships. Private organizations or NGOs could work together with the government to fulfill the needs of various communities. One such example of a successful partnership is of Pakistan Poverty Alleviation Fund.

PPAF is the lead agency implementing the two flagship initiatives under National Poverty Graduation Initiative (NPGI) of Ehsaas program of the Government of Pakistan. These include the Ehsaas Interest Free Loan (IFL) program and the National Poverty Graduation Programme (NPGP) financed by the Government of Pakistan and the International Fund for Agricultural Development (IFAD). This program is contributing to the Ehsaas Amdan program. These initiatives are helping millions to move out of the vicious cycle of poverty.

Under NPGP is a flagship initiative of the Pakistan Poverty Alleviation Fund (PPAF), contributing to the Ehsaas Amdan Programme, supported by the International Fund for Agricultural Development (IFAD) and the Government of Pakistan. As part of the program, more than 72,160 assets including livestock, items for small enterprises such as grocery, mobile repairing, spare parts, cloth shops have so far been distributed amongst the poorest of the poor in addition to training as capacity building of the beneficiaries. The program has proven to be a ray of hope for many underprivileged families. Likewise, 1,556,808 Interest free loans to poor households have been provided so far to enable them to initiate small enterprises to earn sustainable livelihoods.

The organization has worked in multiple other domains such as health, education, tourism, and power generation by joining forces with many international and national donors. They have collaborated with Italian Government through the Agency for Development Cooperation (AICS) for providing livelihoods, setting up small infrastructure schemes, and providing skill-based training to youngsters in districts of Balochistan, Khyber Pakhtunkhwa, and ex-FATA.

The Livelihood Support and Promotion of Small Community Infrastructure program (LACIP) were initiated by PPAF in 2012 with the financial support of the Federal Republic of Germany through KfW. It aims to improve general living conditions, reduce vulnerability to disasters and increase income-generating opportunities for the poor in 8 selected districts of Khyber Pakhtunkhwa.

Such interventions are impacting people at a mass level, spurring the change from the very bottom. Whether it is facilitating the poor during the pandemic, enabling them to improve their skill set, or developing the overall capacity of vulnerable communities, efforts of PPAF have resulted in a positive change as a model of reducing poverty.

The author is a communication professional associated with Pakistan Poverty Alleviation Fund (PPAF) and can be reached at raabiya@ppaf.org.pk.

Raabiya Babar is a communication professional associated with Pakistan Poverty Alleviation Fund (PPAF) and can be reached at raabiya@ppaf.org.pk.