'Brotherly Breathers' before seeking bailout? What to expect from Imran's visit to Malaysia 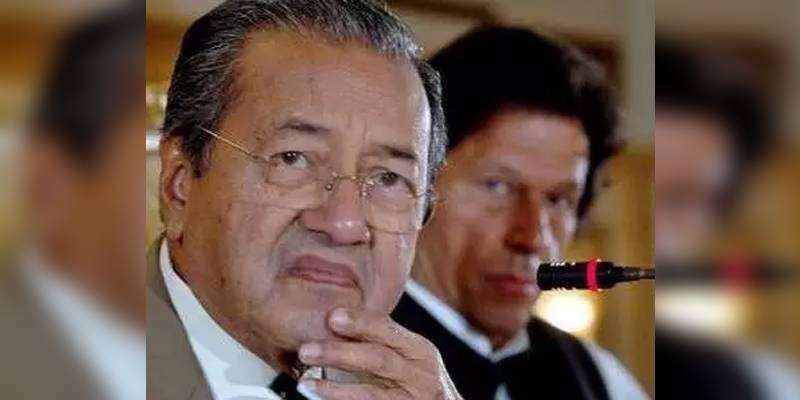 Prime Minister Imran Khan’s second-in-a-month visit to the Kingdome of Saudi Arabia (KSA) has resulted in securing two positive bits of help. One, that Saudis will deposit $ 3 billion in the State Bank of Pakistan (SBP) for a period of one year. And two, Pakistan can defer paying up to another $ 3 billion per annum, for the next 3 years, on what is due to be paid for oil imports. For a cash-strapped economic managers’ team, this surely comes as a handy help.

Both, however, are loans, and not any grants, because both are to be repaid. Besides, Pakistan imports oil of around $ 15 billion a year (on current prices), so deferred payments will account for only 20% of Pakistan's oil imports in a year, and that too to be repaid next year – that year’s payments apart.

Nonetheless, this Saudi ‘generosity’ is helpful in two ways. One, the burden on Pakistan's external payments is eased to an extent. Second, Pakistan's forex reserves are jacked up by $ 3 billion. [There is a whole range of economic issues between Pakistan and Saudi Arabia to sort out – especially related to Pakistanis working in the Kingdom. But right now Islamabad needs handy dollars.]

And the strategic dimension! Questions are being raised – understandably so by the opposition but also by the experts – about what will be the strategic price, in return, that Pakistan will have to pay. No free lunches; and no free lunches especially in international relations. PM’s offer to ‘mediate’ in the Yemen conflict raises more questions than any answers it provides, if at all. How can you ‘mediate; when you have just got a favour of $ 6 billion from a party to the conflict, and are hoping for $ 6 billion more in the next two years.

The details of much-talked-about Saudi investments in oil refinery at Gwadar and in minerals' exploration have not emerged yet.

Imran Khan will next be visiting Malaysia on Oct 28-29. Malaysia is not Saudi Arabia, and Malaysian leaders are much more accountable to their people than Saudi royals are, if at all. They cannot simply throw money like Saudis. But at the same time, Mahathir – Malaysia's newly-elected-again PM – and Imran Khan are said to be having between them. Can that translate into anything meaningful for Pakistan?

Malaysia has one-seventh of Pakistan’s population but almost the same size of GDP as that of Pakistan. It has emerged as a solid economic power in ASEAN region and is striving to become an upper-income nation by 2020. The country has some $ 97 billion of forex reserves – not as massive as those of Saudis or Chinese – but theoretically, Malaysia's central bank can surely think of putting some money into Pakistani State Bank’s deposits for a certain period, to help Pakistan jack up its reserves further.

And importantly, Pakistan imports the 'other oil' from Malaysia (though also from Indonesia), the edible Palm Oil. If Malaysians help with some more 'deferred payments' – then Imran Khan and his team would thereafter be visiting China early November with at least some more financial burdens off his shoulders.

Pakistan and Malaysia have a Free Trade Area Agreement since 2008. Pakistan’s top business circles trading with their Malaysian counterparts are of the view that FTA benefits Malaysia more than it does for Pakistan. A usual story, like other FTAs Pakistan has signed so far. Pakistan Business Council says:

“... the items which have the highest potential for exports are either not part of Malaysia’s concession list or where they are a part, competitors enjoy better tariff rates than Pakistan.”

Here is where Imran Khan is required to push more, for increased access of Pakistan’s top exports into the Malaysian market. That is the help that Pakistan and its economy need the most, at the moment. Can Malaysia invest in Pakistan, sizably, will have to be seen.

There is a striking similarity between the recent rise to power of both Imran and Mahathir (though it is nothing new for Mahathir and a return not necessarily was his first choice). Both have risen this time with criticism of Chinese-funded projects in their respective countries – the part of China’s Belt and Road Imitative (BRI) – as one of the main campaign slogans. Mahathir, soon after elected, cancelled some Chinese-funded projects, including a big $ 20 billion rail project.

Observers in Beijing would be watching! What Imran Khan will have to keep in mind that it takes decades to become a country’s Mahathir. He is not to the people of Pakistan what is Mahathir to the Malaysians. And more importantly, China is not to Pakistan what it is to Malaysia.

Let us hope that Imran Khan and his team return from Kuala Lumpur with good news, before embarking upon the all-important visit to China early next month. If Malaysia and China also help with forex, the need for an IMF bailout is further minimized, may even diminish.