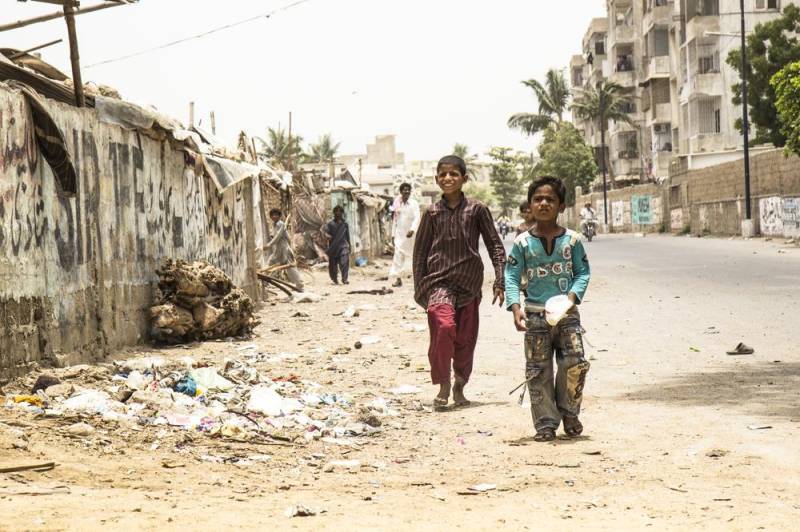 Pakistan commenced its journey on the promised road to prosperity after its independence in 1947. Several decades passed after obtaining the desired individuality as a free country, however, Pakistan remained under-developed and failed to become a reasonably advanced State where the welfare of people could be introduced as promised.

Limited progress could be achieved during last 72 years which was inadequate and could not meaningfully influence the lives of people. Social as well as political institutions either remained absent or were not able to play their role. In some areas where a degree of physical infrastructure development took place, NGOs and CSOs managed the work by filling the gap left by the government. With government lacking in its will, capability and capacity to bring social advancement, the progress made in last seven decades cannot be termed as satisfactory.

These poor socio-economic conditions socially construct and shape factors that affect the conduct and behavior of the general masses. Social constructivism due to factors like unemployment are some of the causes behind the increasing number of radical groups in Pakistan[5]. In fact, social constructivism[6] in Pakistan serves to comprehend issues that are encouraging social extremism in the country.

Pakistan’s society could neither become fully agrarian nor fully industrialized. However, the institution of family irrespective of the area, became fairly strong but stalwartly patriarchal. Most people live with large extended families, as two third of Pakistan’s population prefer to live in joint family system[7] often breathing in the same house or in one compound.

With a population of over 207 million stands as fifth most populous country[8] amongst the comity of nations and a 1641 USDs as GDP (gross domestic product) per capita recorded in 2018[9], Pakistan today is listed on 147th serial in the list compiled as per GDP per capita in the world.

Although the successive government in Pakistan seemed serious about improving economy to a greater extent[10]yet in reality their performance has remain well-below the required level. At present, official surveys reflect economic growth rate showing an upward trend, but in reality the economy of country stands confronted with serious challenges on several fronts including debt, fiscal deficit, balance of payments etc. Inflation has increased since 2018 while total debt and external debt as percent of GDP are mounting[11]. These liabilities do not allow the expected trajectory of growth to stay sustainable.

The humble economic state of country can be attributed to a number of factors. It is a common perception in Pakistan that since the government’s economic strategy is steered by foreign policies of developed countries or economic policies of entities like International Monetary Fund (IMF) or World Bank, thus economic policy planners in Pakistan follow dictates of multilateral lenders rather than developing their homegrown blueprint. But in reality, the government is not doing at least what it can. Even the figures of improvement boasted by the government are also not reliable since these figures do not correspond to other facts presented by the government.

As per analytical brief[12] on the economic survey published by Government for 2018, growth in Pakistan’s industrial sector is reflected as 5.8 percent, while the industrial consumption of electricity actually declined by 3 percent (from 15.7 thousand GWh to 15.3 thousand GWh). Similarly, within agriculture crops, sugarcane production increased by 7.8 percent, whereas the production of sugar declined by 7.7 percent. Likewise, as per figures published by government, cigarette production grew by 77.5 percent, whereas tobacco production and tobacco export have shown no growth. Similarly, petroleum production showed a growth of more than 10 percent, while fuel being a major input in the transport sector, indicated a growth of only 3.6 percent. Growth in crop sector was recorded at 3.8 percent, while the fertilizer offtake decreased by 3.4 per cent and credit to farmers for cropping was also reduced by 3 percent. Thus the figures provided by the government conflict with its own data and situation on ground.

Notwithstanding the fact that nearly 60 percent of Pakistan’s export profits are earned by textiles and Pakistan stands among the top five cotton producing countries, its share in international trade of textiles and clothing remained less than 3 percent. It indicates that successive governments have failed in boosting the share of manufacturing sector. With the only 1 % of total adult population as tax payers[13], 8.21% highest inflation rate[14] hitting the poor and middle class, the pressure on masses is expected to rise in shape of price hike and currency devaluation.

With ongoing CPEC (China Pakistan Economic Corridor) projects and despite the investment from Saudi Arabia, UAE and China Pakistan had to seek its thirteenth bailout since the late 1980s as State Bank of Pakistan had only $7 billion of foreign reserves[15].

In nutshell, society in Pakistan with a 24.3% people still living below the line of abject poverty[16], a hard-pressed and struggling middle class (18th largest Middle Class in the world[17]) and general poor populace with no comparable change in their nature of occupation, increase in income, betterment in standard of life or encouraging figures of educational accomplishments, remains highly vulnerable and prone to a host of societal challenges. Government has to go a long way without destroying the hopes of common masses for relief in face of economic hardships. Common people cannot bear it for long. Following government’s engagement with IMF, expected hike in prices of gas, electricity and fuel will shake the confidence of common citizen in the government. The federal government need to strike a balance between what should be done and what can be avoided. For a common man like me, promoting efficient tax culture, maintaining consistency in economic policies, effort on exploring natural resources, equal distribution of income, incentives to investors and above all strict accountability on funds utilization and lowering defense budget are few of the numerous areas where government can perform without being influenced by external pressures in days to come.

[3]  Pakistan’s overall literacy rate remains static at 58 percent that remains unchanged from that of 2015-2016. As an explaination, population and housing census was not carried out for 2017-2018, thus Economic Survey of states that figures for 2015-2016 should be considered for current year as well.

[4] In Economic Survey 2017-2018 published by Ministry of finance, no figure of unemployment has been mentioned. It only mentioned that government has started a revolutionary program- ‘Prime Minister’s Youth Programme ‘for the socio-economic development of youth to combat unemployment in the country.

[12] Analytical Brief : Reflection on State of Economy and Federal Budget 2018-2019 published by Social Policy and Development Centre (SPDC) dated May 2018

[14]  Data as of February 2019 : https://tradingeconomics.com/pakistan/inflation-cpi