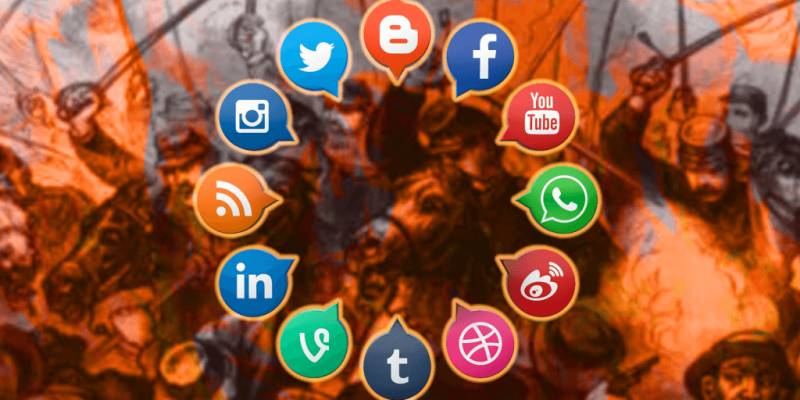 Social media platforms have connected the world in digital space and allowed everyday people, even in far-flung rural villages, to see what is happening around them. It has also allowed its users to manipulate the information and circulate information and opinion broadly based on their individual will. Though it has given the opportunity to the general public to oversee performances of their political representations and state institutions, it has also granted space to those in power to manipulate people’s ways of looking at society and the state. Where social media is a healthy hub for open dialogues and instant responses to queries about whatever one is looking for, it has increased access to people with limited worldviews by extremist components of society. Since social media platforms have global outreach and ability to network people around the globe, but they are not intended to be influenced by an international law potentially undermining the freedoms of expression. Where the content surveillance ability of social media companies is somehow helpful to block the content of hatred and violence, but that does not influence or redirect those social media users to stop attempting for the post of such content.

Social media has become the morning’s first news for most of the people who use smartphones to know what is the latest news in their areas of interest and among the circle of connections. Teens spend nine hours a day on social media platforms like Facebook and WhatsApp whereas 30 percent of adult’s online time is allocated to social media interaction. The majority of social media users are youth. Through visually attractive posts on social media, hate producers take this opportunity to build and promote their violent narratives of radicalizing youth with extremist ideologies. Looking at YouTube, extremists have created documentaries to incite people to violence as the only solution to different conflicts and issues going on in their particular contexts. These violent videos give a sense of power to certain people who get attracted to be a part of those violent actions or activities. For example, a number of ISIS fighters joined the group inspired by violent videos of brutal actions on social media by ISIS.

Similarly, fallacious posts of claiming certain ideologies on Facebook attract people, particularly youth, to respond violently and even without bothering to conduct personal research to understand accurate scenarios. Late 2018 violent strikes in Pakistan by a religious group, TLYR, jammed the entire country for three days. Those protests were organized and collaborated mainly via Facebook and WhatsApp which helped to instantly spark the emotions of people. The Taliban only have more than 4500 magazines and blogs online with routine publishing of material to promote their ideologies and for recruitment. Identification and cracking down such accounts and material online is a challenge for the tech giants like Facebook, and above that the international law does not offer suitable solutions to bound social media companies tracking the postage of violent and hateful content, and further authentic identification of its users. Globally agreed definitions of hateful and violent content would be another challenge in this regard.

Though the latest surveillance systems and advanced weapons are shattering networks of extremist and terrorist groups around the world, such groups have adapted social media platforms to spread their ideologies by influencing the immature brains of teens and youth which are their target. Such groups create trending material to feed youth’s social media timelines and follow-up with private chat boxes, like messenger, to brainstorm them. Naureen Laghari, a teen woman from rural Pakistan, was recruited by ISIS and assigned a suicide attack on a church but was arrested by security agencies. Political violence in Venezuela, the genocide of Muslims in Myanmar, a religious party’s violent strikes during 2018 in Pakistan are such incidents where social media served a major role in the organizing of violence.

Applying Concerning Violence by Frantz Fanon, social media can also be a tool for surveillance by the governments who want to control its people or the governments who want to have control over the other nations. For example, social media can be a modern form of colonialism. There are more than 4,208,571,287 internet users in the world, 49 percent of which are in Asia alone - a region most prone to violent extremism and complex terrorism. There should be a proposal of limiting the features of social media usage and an extensive surveillance system to not only review the content posted but also identify and report the information of such people who misuse the platforms. It is also a reality that various features of the social media platforms have been exploited in a way even the founders of those platforms could not imagine. At the local level, the governments should not only launch initiatives and campaigns to discourage the misuse of social media platforms, but also implement laws to identify and punish those who do so. For example, the government of Pakistan has launched a mobile and web-based application, named SurfSafe, which only asks to paste the URL publishing anything related to violence or extremism. Such steps or initiatives should be taken at a broader level with intensive marketing so that ordinary people are aware of reporting violence to the state’s law enforcement agencies.

Though the invention of social media platforms was not intended to be exploited for violence and extremism, there are efforts at different levels to curb the misuse of social media to sustain its original intent of connecting people around the globe. Facebook has introduced certain features to report objectionable content, twitter has installed certain filters to check just before publishing individual tweets, and YouTube has also adopted certain procedures of avoiding violent content. But these remedial actions individually by the social media companies are absolutely not enough until an international legal framework is not designed (and implemented) to define violence on social media, uninformed policies accepted by governments to block hateful and violent content and further criminal proceedings for those engaged in misusing for violence.

The writer is graduating MA Conflict Transformation at Eastern Mennonite University in Virginia, USA. He’s engaged in extensive research on issues of violence and instability and has been working in this area for more than 10 years. His twitter is akramuhammad1