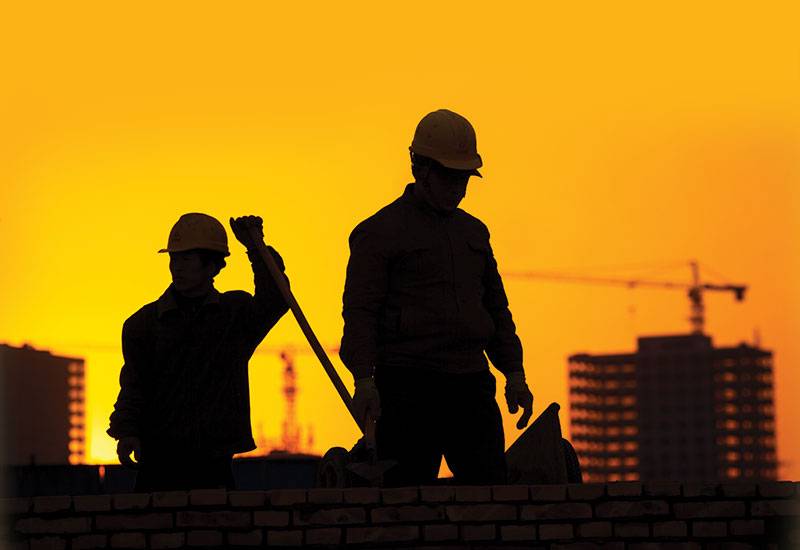 “Do you really think your family members will be able to recognize you at first sight?” Hussain asked 25-year-old Imran, as he sat next to him on the PIA flight from Dubai to Islamabad.

The man sitting next to Hussain looked several years older than the one who was smiling back at him from Imran’s low-budget Chinese-made smartphone. Hussain was finding it hard to believe that the picture was taken only 15 months earlier, when Imran’s family had come to drop him off at Islamabad’s Benazir Bhutto International Airport for his first regular job in Dubai.

“Yes, you are right. I have lost some 11 kilograms in these 15 months,” responded Imran.

The two men had made each other’s acquaintance just a couple of hours ago, as they boarded the Islamabad-bound flight at Dubai International Airport together. Hussain was a middle-aged non-resident Pakistani who had been living in the US for the past 30 years. Imran told him that he was going back home after a disappointing, distressing, and a daunting stint with a company that was providing services to airlines – an experience that had made him promise to himself that he would never try to seek employment abroad, no matter how scarce the opportunities back home in Pakistan were.

“It was only in the first two months that I could eat freshly-cooked food,” Imran told him. For the remainder of his stay, he and his fellow colleagues were forced to re-heat the ‘parcelled food’ that they had ordered from a cheap caterer earlier in the day, after reaching home well after midnight after completing a gruelling 12-hour work-shift. Their work schedules left them too tired to cook fresh food, and their meagre salaries limited the amount of food they could order. As a consequence, Imran and his colleagues found themselves re-heating the same food day-in and day-out until it finally ran out.

Their misery did not end there. Most of the time, they ended up forgoing meals altogether, finding it too costly for their meagre 1000 Dirham salary, unless they could find some colleagues to share a burger or a sandwich with.

Imran, despite this suffering that he narrated, felt that he was still better off than the countless others of Pakistanis who end up in Dubai in search of better employment. There are hundreds of thousands of labourers who pass their days and nights in Dubai in even worse conditions.

As Pakistani leaders – both from the treasury and opposition – continuously seek to appease Arab rulers for their own vested interests, the plight of a large number of ordinary Pakistani workers in these sheikhdoms, especially in Dubai, goes on unabated, unnoticed, and unattended.

Many of them are forced to work for lower salaries than what was promised to them, and for longer hours than stipulated in their contract. Workers informed Daily Pakistan Global that, while the companies get between 2500 to 3500 Dirhams per worker for a normal eight-hour shift, they usually only pay workers between 800 to 1000 Dirhams for 12 hours’ work instead. In this way, the employer or recruiter manages to pocket huge sums not only through reduced compensation, but also by getting more work out of fewer labourers.

Living conditions are pathetic, in most if not all the cases, according to the workers.

And things are not much better for those with Azad (independent) visas either. Work opportunities are rapidly dwindling. Larger companies and business concerns say it is because their own profit margins are rapidly shrinking. “Dubai has lost much of its charm and continues to lose it,” says a Pakistani clearing agent. Those who are holding on to their businesses are doing so mainly in the hopes of generating good business in the wake of Expo 2020 that will be hosted in Dubai. Yet, many are not clear how much the business the mega-event will generate for them, and whether or not it will prove to be worth holding on for.

Layoffs are another very common phenomenon.

In the present circumstances, he added, “Dubai is good only for those who wish to whiten their black money.” Rental income is good, so much of the looted money from the countries of the region, including Pakistan, is invested in Dubai as there is no check on and questions about the sources of the money that is invested in the Emirate.

Among the salaried workers, an employee of a trendy China-invested mall shared that for the past one-and-a-half year, he had been working 12 hours a day, 7 days a week without a single day off. Yet, he considers himself rather lucky that he gets to work in an air-conditioned environment. Nonetheless, “it feels as if I have no life. I feel that I am a machine, a robot.”

Another segment is that of taxi drivers, majority of whom are Pakistanis. They complain that their companies are increasing their monthly earnings’ targets while the rates of their commissions – what is paid to them against their earnings – are being slashed. Moreover, taxi drivers are ill-treated and disrespected, and they have no forums to register their complaints.

As for the laborers, the only relief they get is during Ramadan, when occasionally some charities come forward with food drives to provide them with better food. Except for that period, “life here is hell”, to quote a welder from Gujranwala who is working at a construction project.

Sheikh Muhammad bin Rashid Al-Maktoum, the ruler of Dubai, and his administration is generally perceived as considerate and compassionate by many workers. It, however, seems that the issues faced by low-skilled workers are not a priority of his government. Blame can also be laid on Pakistani ‘agents’ who send these laborers to UAE with fake promises after charging them exorbitant fees.

While little good can be expected from the leadership in Pakistan considering the state of political affairs today and in the days to come, one hopes that Pakistani missions in the Arab sheikhdoms and concerned authorities back home do take note of the issues, and prioritise them.