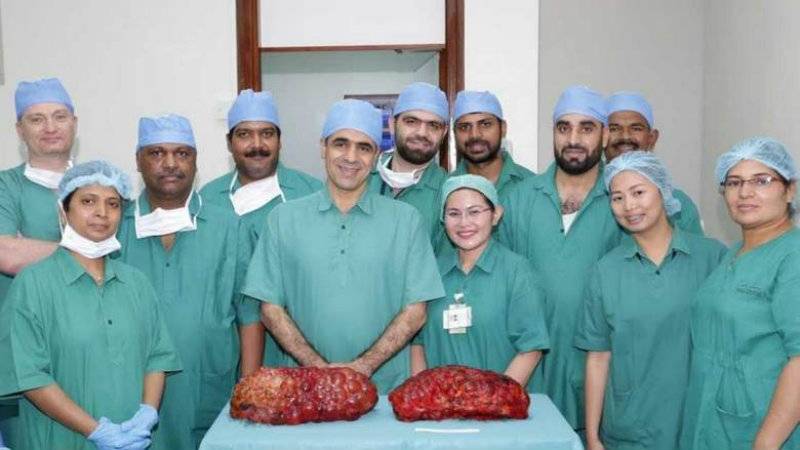 Ahmed Saeed, 57, refused surgery in 2014 but had to go ahead with it when he found it difficult to walk and breathe. The right kidney when removed weighed 6.95 kilogrammes (34x17cm) while the left kidney weighed 6.10 kilogrammes (31x18cm). A normal kidney weighs 150 grammes (12x6cm).

Dr Faibruz Bagheri, Dubai Hospital’s head of urology, said although Saeed’s condition was unusual, the number of patients seeking advice and help from his department has risen from 500 in 2010 to nearly 2,000 last year, the Khaleej Times reported. 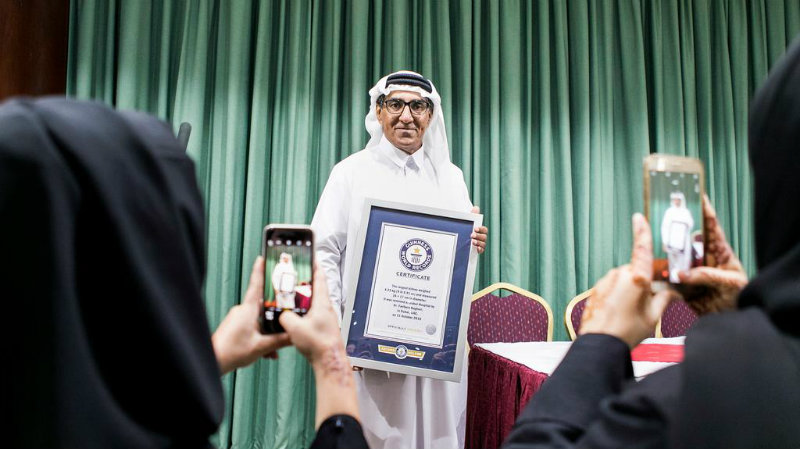 The successful surgery was performed on October 11, 2016 and Saeed has recovered well. He is now awaiting travel to China next month to undergo a transplant, fully funded by the UAE Government.

The hospital had kept the organs, so they were weighed and photographed six months later. Although they now weighed just over 4kg, as they had lost fluid and some had been cut away for tests, they were still almost twice the weight of the previous world record of 2.14kg.

“My life is completely different now,” said Saeed, who lives with his family in Karama, Dubai. 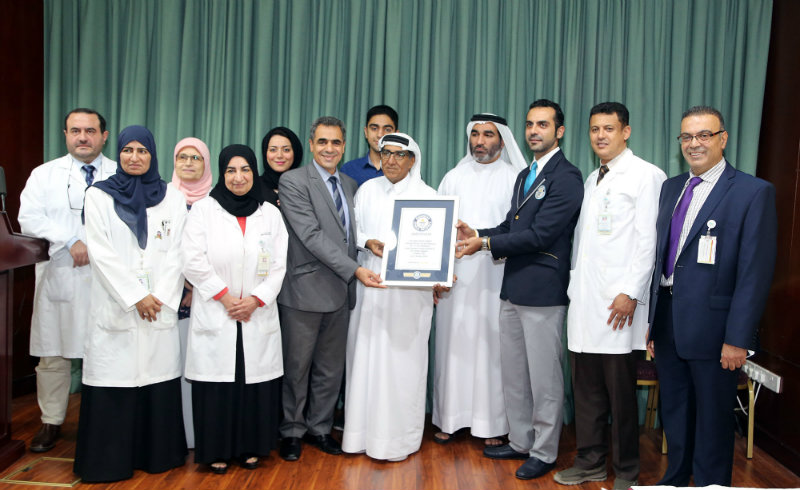 “I couldn’t go swimming or walk without being tired and I would always be cross with my wife. I am much happier now. I didn’t want to do anything before and kept to myself.

“Now, I can go to the beach and see my friends. I feel so much better. I wish I had done it sooner. When I have my transplant, I will have a normal life.

When I saw the size of the kidneys, I was shocked and very surprised.”