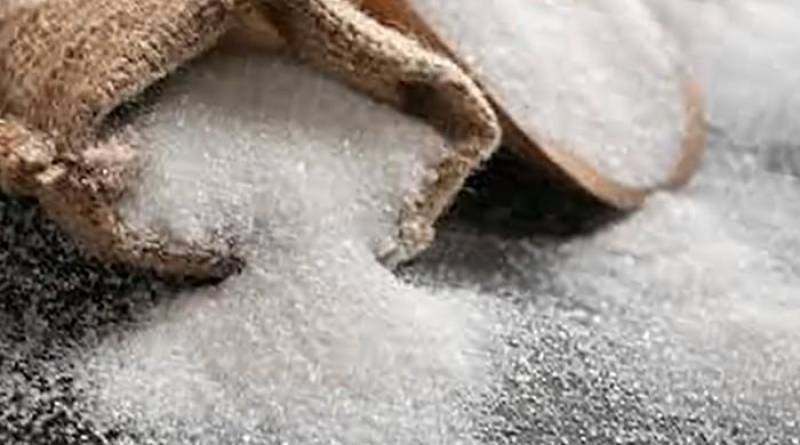 The government has fixed its rate at Rs63 to 70. (As Rs63 has been rejected by the sugar millers, later Rs70 per kg was agreed between the government and the millers.)

In December 2018, the first year of the Pakistan Tehreek-i-Insaf, the white sweetener’s rate was Rs55 per kg.

Then something strange started happening well before the start of the crushing season that sugar’s rate gradually went up.

Sugar is becoming sour day by day. Tough days are ahead for sugar consumers as sugar suppliers may run short of supplies.

The public complains the commodity which is almost all Pakistanis’ kitchen vital part is becoming out of reach. The government looks worried.

Chief Minister Usman Buzdar has ordered the food secretary to take measures to ensure that sugar and flour are available, sufficiently available, and available at official rates.

It should not have been an impossible task given the power of the government to enforce its writ.

The government has miserably failed to comply with the chief minister’s orders.

“Well, I’m here to order the district administration to check the stock of sugar mills and flour mills,” he tells Daily Pakistan.

Sir, why is sugar being sold at an inflated rate?

“I’ve asked the district administration to look into it as there is no issue of the availability of the stock. Up to 960,000 metric tonnes of sugar are available in Punjab alone and of the available stocks, 16,000 metric tonnes are being sold in Punjab on a daily basis. When the supply is sufficient, deputy commissioners should check it ensures the availability of sugar as well as flour on the official rate. And I know it is being sold at official rates.”

He said his teams would see if the commodity was being smuggled to other provinces.

What do sugar millers say?

Javed Kiani is the Pakistan Sugar Mills Association president. He led a delegation to meet Federal Minister for Industries and Production Hammad Azhar in Islamabad earlier this week.

“We met Hammad Azhar to discuss the issues related to the Sugar Advisory Board meeting,” he tells this scribe.

What about the available stocks?

“Well, we have 1.6 million metric tonnes of stock available”

Is it enough to meet local needs?

“No. The government needs to import three million tonnes at the earliest, otherwise, the government will be repeating the last year’s mistake for banking on the wrong figures.”

Why is sugar not available at official rates?

If the government imports three million tonnes of sugar, will it solve the problem?

“One will never know. You know the international price of sugar is $350 per tonne, which makes it landed cost Rs 84 per kg at the Karachi port. If you buy it from the Gulf, its landed cost is Rs 91, while Brazilian sugar cost us Rs86 per kg at the port. Now, add up its packaging and transportation cost, it will be sold at Rs 95 to 100 per kg.”

What is the long-term solution to stabilize sugar prices?

“The cure lies in deregulating the sugar sector. The government should stop fixing the support price of the yield. There should be market economy rates of the crop. The government’s intervention should be less and less. This will benefit both farmers and millers.”

What do farmers and sugar dealers say?

Dr Khalid Mahmood Khokhar, president of the Pakistan Kissan Ittehad, says the government should immediately bring down the price of sugar, and take strict action against the sugar mafia. He says sugar millers have robbed people of Rs 85 billion in one and a half years. He says the sugar inquiry commission report should be implemented as “embezzled money belonging to sugar cultivators should be returned to them and strict action should be taken against the sugar mafia".

On the other hand, Malik Javed, sugar dealer's association president of Lahore, says that an ex-mill rate of 100 kg sugar is Rs 7,750 while they sell it at the same rate, which makes it Rs 85 per kg.

When the sugar prices started registering a gradual increase in 2019, Prime Minister Imran Khan made an inquiry commission under the FIA director general, Wajid Zia, to probe into sugar and flour shortage. In April last, the inquiry report hit the press. It shook both treasury and opposition benches as prominent politicians, who happened to be the owners of sugar mills, had minted billion in export rebate by the government while the commoner had to pay a heavy price in terms of the price hike. So far, it is estimated, the sugar consumers have paid almost Rs 85 billion to millers. Of them, according to the commission, PTI’s Jahangir Tareen’s Jamal Din Wali group got away with 19.97 percent, Makhdoom Khusro Bakhtiar’s brother Omer Sheryar ‘s RYK group 12.24 percent, Al-Moiz group 6.8 percent, Sharif family 4.54 percent, Omni group’s share is 1.66 percent and so on.

Since the international market is selling sugar at Rs 86 to 91 per kg, and Pakistan has to import the commodity, the white sweetener is going to poison the economy of both the commoners and the government. It is going to cross the figure of Rs 100 per kg soon.

The government needs to give subsidy to farmers for cheap production of sugarcane and a lower price of sugarcane will ensure lowering the prices of sugar.

The other way to fight the sugar crisis is in less usage of the commodity. This will improve both the health and wealth of the consumers.