Corona Virus - Our Fight or Flight 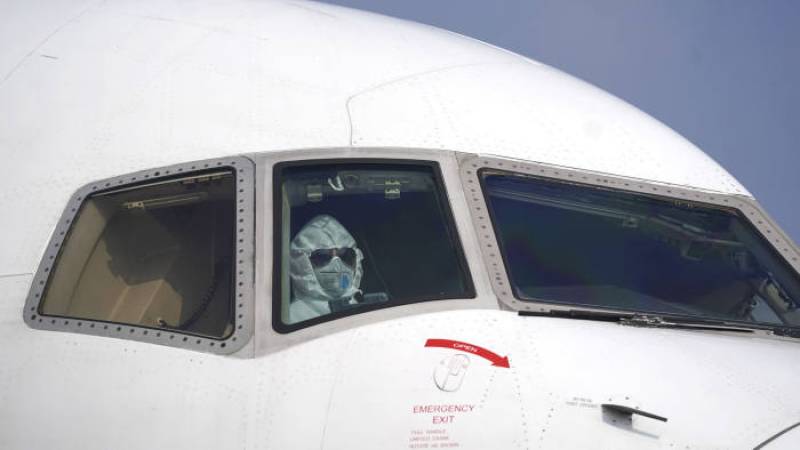 Viruses are not new for us to interact with them. Our bodies carry a long history of fighting with them some are carried as memory over generations to provide immunity whereas for many others our bodies acquire timely or permanent resistance on exposure. Unlike other infections treating drugs medicines active against viruses, infection is few and nonpromising. Something different about Corona Virus is its newly emerged virus hence not much is known about its course of infection and complications. It spreads through close contact aerosols' touch of contaminated surfaces.

On having its exposure it is not necessary it will end up into acquiring the infection that may or may not appear in the occurrence of symptoms such as cold cough fever shortening of breath etc. that is wiped off with strengthening the immune symptom that within a population keeps on strengthening on prevailing active infectious virus agents among people prevailing in a region. The key strategy to wipe off any given active virus infection from a population is to thin down the number of active infectious virus agents below the minimum number that can cause infection in healthy individuals. However, people carrying weak defense mechanism for having some underlying illness old age pregnancy being a kid are at higher risk. Vaccination is an acquired means of strengthening the defense mechanism of body introducing a virus or any of its portion that can interact with the defense mechanism to boast it but unable to launch a complete manifestation of illness. No promising vaccine has yet been developed against Corona Virus so we have to completely rely on our bodies to fight against Corona Virus.

How to decrease numbers of Corona Virus in an environment to minimize the probability of having it exposed to any individual in the given population can be one of approach to exhaust Corona Virus Active Infection and it depends on conditions prevailing in any region and its cultural practices hence vary from region to region. The strategy to control the Corona Virus Infection needs to be designed keeping in view the ground reality of a given region. For instance, washing hands with tap water can not be of much help rather can increase the risk of spreading the Corona Virus Infection where sewage water is not treated before its final disposal and drinking water pipelines and sewage water disposal pipelines are broken and are knitted closely. Corona Virus can stay viable up to three days on different surfaces hence minimizing the touch to any surface can be an effective approach to restrict the spread of the virus. Washing hands, face, etc. with lukewarm water that was previously boiled for 20 minutes cooled and stored in covered vessels with good bar soap can be helpful .

Using sanitizers seems not to be effective because of having the lower capability to dissolve polar compounds in comparison to good bar soap or washing detergent. Masks that are made up of thick porous cloth can be helpful to limit the spread of the virus and acquiring its infection provided it is heated in a pressure cooker with having stream filled in it for 15-20 minutes after packing it in aluminum foil to ensure that it does not become wet. It is advisable to change the sterile mask (pressure cooker heated) every six hours.

Having exposed to a virus does not always result in acquiring the infection as a localized and innate defense mechanism of the human body in action is there not only to limit the spread of the virus but eliminates it from the body in due course of time. Hence the most important and effective approach to wipe off Corona Virus Infection from a population is to strengthen the individual s defense mechanism avoiding all those things that can weaken it. The guidelines need to be designed with having a sound understanding of different domains of knowledge particularly in Science while keeping in view the conditions and ground realities of a given region after taking into consideration the cultural practices of different individual groups prevailing within the population living over there.

For instance, guidelines recommended to keep individual s immune response at its optimum for a region where people usually drink mainly eat pork live in air compact closed houses and it is dark and cold during most of the year would be different from a region where most of the people can hardly afford to eat meat everyday living in poor hygiene in warm sunny open-air environment individuals usually carry heightened immune defense mechanism for having sustained exposure to a wider range of infectious pathogenic agents also conferring the cross-immunity minimizing the autoimmune responses such as allergic responses one of the significant illness manifestations prevailing in population dwelling under hygienic conditions. Food is the key modulator of body defense mechanism and mental well being whereas mental stress and anxiety suppress the defensive immune responses.

There is no need to worry about Corona Virus its not the individuals but our bodies have to fight with Corona Virus hence help human bodies to launch a stronger immune response against it. What we can do is avoid its spread by social distancing avoiding touch to surfaces and spitting in flushes. Using tissue papers to clean face hands and to sneeze and disposing of off untreated (autoclaved) can contribute significantly in spreading the virus within the population prevailing in a region. Spraying different chemicals in the environment to decrease Corona Virus Population has more risk associated with it for causing Corona Virus Infection as it can cause irritation due to localized injury in the respiratory track region compromising the localized immune response the first line of defense against Corona Virus.

Similarly, avoid unnecessarily going for the screening of the presence of Corona Virus as it can contribute to spreading the virus whereas we know very little about the strategy to control and to avoid the complications to occur of this newly emerged Virus Hybrid carrying traits both from birds and bats origin. Genetic Evolution History is proven to be a good tool to reveal the cure for different infectious illnesses.

As per the literature reported so far people are mostly dying of the complications of Corona Virus Infections those mimic to autoimmune response (harmful immune response launched against Corona Virus-Infected Human Body) and premature aging so taking anti-allergic drugs during the course of Corona Virus can be risky as inflammation response launched within respiratory system seems to play a key role in exhausting Corona Virus Infection and to confine it in a localized region hence on the appearance of symptoms of illness to decrease the fever intake of Paracetamol is advisable and avoid taking Ibuprofen is a wiser decision. Avoid consuming commercially prepared food as almost all of them carry additives those are mostly synthetic chemical compounds that adversely affect the immune responses including the localized one, hence weaken body s defense mechanism. Eat freshly cooked food based on unadulterated ingredients. Eat raw vegetables and fruits particularly lemon and beetroot. Drink boiled water (boiled for 20 minutes and stored in a covered vessel).

The paper entitled Genome-Nutrifortified Diets-Their Disease Protection and Remedy Potential published in Journal of Probiotics & Health in 2018 carry the recipes of a few food preparations found effective to boost immune response and to cure certain illness while providing general protection.

The honey used in the above-mentioned preparation needs to be naturally produced( not commercially produced by feeding sugary syrups to honey bees) and not pasteurized.