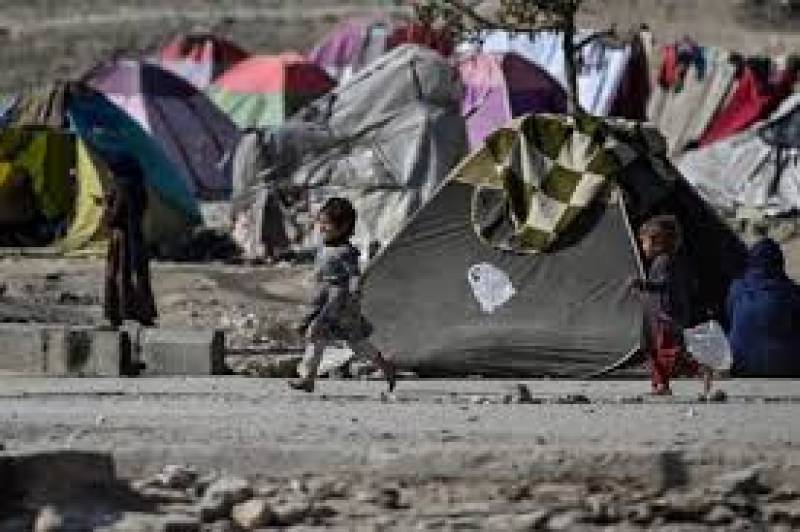 According to United Nations' latest data, Afghanistan’s 80% economy was dependent on foreign aid and the restricted imposition on financial assistance by the US created a difficult situation to survive. At present, the country is heavily dependent on imports and dollar currency. Afghani rupee’s 30% deprivation against the dollar makes it difficult to sustain the heavy import prices that are increased in the few last months by about 20-30%.

Before starting winters, the voices of various organizations such as; Food Security Classification (IPC), Food and Agricultural Organization (FAO), Afghan Aid, and United Nations (UN), etc. were continuously being heard to save 22.8 million people from hunger. On that, the efforts and humanitarian aid were seen being provided by countries in terms of food, medicines, shelter along with the necessities of life. COVID-19, drought, economic and political conflict has left over half of the population of Afghanistan in acute hunger according to UN assessment report 2021.

Being a neighboring country, Pakistan has always shown a keen interest in Afghanistan as it is always equally affected by the crisis of Afghans. As seen in various terrorist attacks that caused a large physical as well as economic loss after 9/11. In the 1970s and 1980s, a large number of immigrants were given shelter due to the Soviet Union invasion of Afghanistan. At a moment, Pakistan by itself suffering from economic instability, and due to unaffordability to accommodate again a larger number of immigrants, Pakistan is leaving no stone to raise its voice on different platforms in settling this crisis.

In this regard, the Troika meeting was held in Islamabad on 11th November 2021 along with Russia, China, and the US. The meeting appreciated the Talibans’ commitment and recalled Afghan-related UNSC Resolutions include integrity, terrorism and drug-free, independence, and provision of regional stability along with connectivity. The Organization of Islamic Cooperation (OIC) held at Islamabad in December 2021 of 57 Islamic Foreign Ministers also appreciated the role of the Taliban government. The financial assistance was approved by Saudi Arabia with $265 million, while Pakistan committed $30 million through Islamic Development Bank (IDB) to overcome the humanitarian and economic crisis. In the recent visit of Army Chief, Gen Qamar to Belgium stated in his interaction with Secretary-General of the European External Action Services (EEAS) Stefano Sannino and Chairman of the EU Military Committee General Claudio Graziano that Afghanistan can not be left alone nor region and world afford an unstable Afghanistan. In this regard, the international community is urged to sage the looming humanitarian catastrophe.

Apart from Pakistan’s intervention in Afghanistan’s issue, Oslo talks between Taliban and US-European group in late January 2022 also demanded an ‘inclusive government’ from the interim government of the Taliban. They are looking for a solid political system with the provision of fundamental human rights to all men and women for stability and peace in Afghanistan. The joint statement of the group raised an alarming humanitarian crisis and demanded to be dealt with on an urgent basis.

Taliban is seen with the same impression of the 1990s being an extremist, where the strict rules were imposed based on Islamic Shariah Law. Today, the Taliban is also showing a different impression, a little flexible with a broad vision. But, the recent Pak-Afghan border tension on border fencing removal by Taliban from the eastern side has created tension. The fencing was a part to restrict the path for militants per following the Durand Line by Pakistan. According to a spokesperson of the Afghan Defence Ministry, Enayatullah Khwarazmi that the fencing isolates both sides of people by ignoring the security hazards. Here, the non-flexibility of the Taliban in the understanding of sensitive security issues is seen. In other cases, such as restriction on women to travel alone for long distancing, employment restrictions, education restrictions, etc. giving the impression of restricting the fundamental human rights. An arrest of prominent Kabul University Professor Jalal on Talibans’ criticism on worsening the economic conditions and controlling the government by force, left another impression of non-tolerance by the Taliban.

By looking at the present developments that have taken step by step, the Taliban is seen with a moulded approach of the 1990s but now requiring flexibility to cope with the situation. Taliban requiring to fulfill their agenda of provision of fundamental human rights, leniency in attitude. Half of the frozen assets have been released by President Biden, and half of them have been retained back for 9/11 victims. Is this move favorable for Afghans, as they are already facing the worst scenario and not having the full amount back, would they be able to run the country. Afghans had also faced losses in terms of financial and physical. The voice can be heard of the remaining amount to be given back to Afghans as this money is theirs and needed for them at a moment.

Afghanistan was always dependent on foreign aid, despite the US spending $146 billion on its development, Afghanistan still requires external helping aid. To cope with this situation, the Taliban requires to come up with the expectations of the international community by showing leniency in their attitudes. No doubt, the external efforts can be seen on various platforms, but internally, the efforts are required with cooperation and understanding among different internal ethnic groups. Even after 20 years of war, Afghanistan can only be settled down by resolving its differences and coming up to the expectations of the international community.

The writer is a Ph.D. from Universiti Tun Hussein Onn Malaysia (UTHM), an award-winning columnist, researcher, and Adjunct Asst. Prof. at Riphah International University, Islamabad. She can be reached at saira.asad2011@gmail.com.