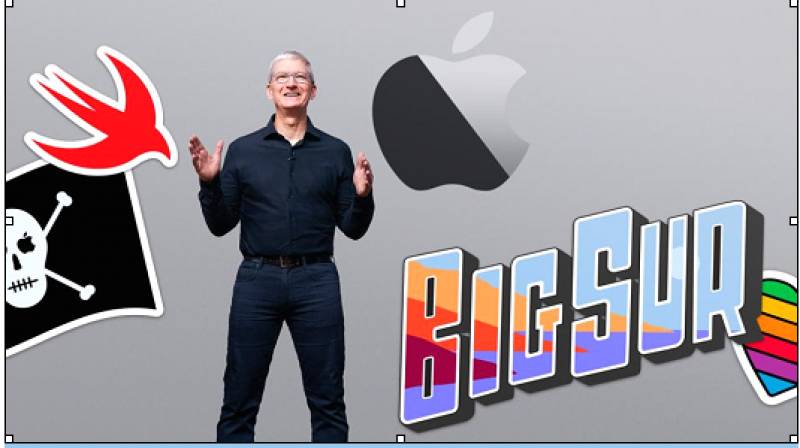 Fifteen years that's how long one of the longest partnerships in the Computer Industry lasted. The first time Intel and Apple decided to work together, it looked like a match made in heaven. Apple at WWDC confirmed it would end its long-term partnership with Intel and shift to its proprietary ARM-based processors.

Since the beginning, Apple has been designing its processors for the iPhone and Ipads, and it was long rumored that it would shift Macbook and Macs from Intel to its proprietary ARM chipset. ARM processors have several advantages over intel; for starters, Apple Macs and Macbooks will now natively run all apps on iPhone and iPad apps. The new chips will also have a deep integration of the upcoming MacOs Big Sur. Apple is working with Microsoft and Adobe to ensure that its Office Suite and Creative Cloud services can run on the new processors. All of this while allowing Apple to make quieter and less power-hungry Mac and Macbooks.

Moving away from the x86 architecture to its ARM-based chips would allow Apple to optimize its hardware according to its software. This will also consume less time, as they won't have to wait for shipments from Intel. ARM processors have matched x86 chips in terms of power in some instances as in 2018, Apple's A12x processor running an iPad beat the Intel i5 Macbook Air in benchmarks. The switch will allow Apple to optimize the thermals of the processors, helping them make thin and quieter Macbooks. The switch is excellent news for developers who can now develop apps for various Apple devices without much trouble.

Apple is hoping that the transition from Intel to its processors will be painless. The last time Apple made such a transition was back in 2005 when Apple switched from PowerPC to Intel. Apple has given a time-line of two years over which it'll complete the migration. Few devices with the new silicone will start shipping this year as it continues to produce Intel-based products for the next couple of years. Apple wants developers to update their Mac apps as soon as they can using the tools within Xcode 12. Apples new MacOs Big Sur will feature a new emulator Rosetta 2. Rosetta 2 will translate instructions written for Intel processors into commands that the new Apple chipsets can understand on the fly. This will allow older Intel-based apps to run on the new silicone without making any changes.

Its been a tough year for Intel as AMD is hot on its heels and many consumers preferring the latter. Apple accounts for almost 3.5 percent of Intel's annual sales, and though this not extremely catastrophic for Intel,

it is still a massive blow. There were rumors of Apple shifting for a while now and the fact that Intel wasn't able to convince one of its longest-running partners, rounds up Intel's current situation right now. If there is any company which can bounce back from this situation, its surely Team Blue. Intel's upcoming Tiger Lake processors seem very promising, but it seems Intel needs to step up its game.