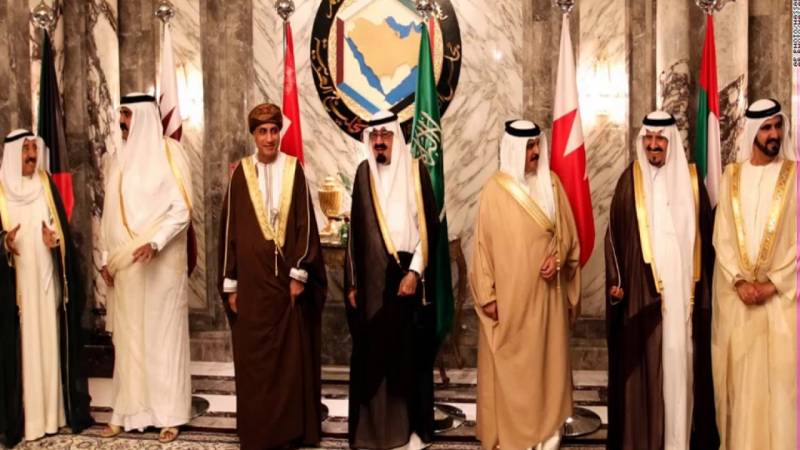 The Arab coalition’s 10-day deadline for Qatar has expired. Doha has taken stock of the situation but remains defiant. Kuwait has sought two more days and the four-nation alliance has obliged. Exactly a month after the crisis erupted, Egypt will be hosting a meeting of foreign ministers to chalk out a future strategy in case Qatar continues its defiant stance.

The humiliating demands made by the quartet – Saudi Arabia, United Arab Emirates, Bahrain and Egypt – aim to subdue the tiny gas-rich island nation into submission before its powerful Arab neighbors who are not willing to upend the status quo in the Middle East. Without its independent foreign policy and media muscle – manifested by Al Jazeera and Fidaat Media – the country would resemble Bahrain and Kuwait. Though itself far from being a Jeffersonian democracy, Qatari society is devoid of sectarian, ethnic or tribal fault lines and the Emir’s family enjoys popularity.

Evidently, the nation has taken pride in the country’s approach to the Arab uprising as well as being the Middle Eastern focal point for conflict resolution. Not only has Doha been hosting Hamas, but it has also hosted the political office of the Taliban. Qatar’s initiative notwithstanding, it could not have been possible without a nod from Washington, which maintains the region’s largest military base on its soil.

On the one hand, Doha is faced with the threat of a regime change through palace intrigue or military action, while on the other, the country’s leadership might be gauging the public response in case of submission to key demands by the perturbed neighbors.

Response from the West

The western support for Qatar has been rather placid. Even the demand for closure of media houses such as Al-Jazeera could not invoke the trademark backing from European and North American capitals and media organizations. The Qatari media house’s right to report has been defended by the UN and the media watchdogs, but the response at large has been more subdued compared to the terror attack on Charlie Hebdo, for instance.

One positive development over the past fortnight has been US President Donald Trump’s restraint from commenting on the situation. Moreover, US Secretary of State Rex Tillerson has adopted more balanced public posturing backed by active diplomacy to bring the two sides to the table. Germany and France have tested the waters too, but seem less convinced in assuming a more pro-active role. Turkey, meanwhile, came all out in Qatar’s support by hastening legislation in favor of sending troops and setting up its first offshore military base. Saudi Arabia and the UAE liken Erdogan’s decision to meddling in an internal dispute of the Gulf Arab nations. Like European nations, other non-Arab Muslim countries have adopted a more cautious approach given the enormous economic and diplomatic stakes in the Gulf region.

Background of the crisis

While the Gulf states were united against the Kuwaiti invasion of Iraq’s Saddam Hussain, the current protracted crisis has no parallel in the history of the Gulf Cooperation Council (GCC) founded in 1981. The origins of the current crisis lie in 2014, when Qatar’s neighbors and Egypt severed diplomatic ties over its policies. The eight-month boycott successfully ended after Doha agreed to take certain measures. The diplomatic tensions remained over General Sisi’s coup and Qatar’s opposition to the ouster of democratically elected Muhammad Morsi.

Following the Houthi militia’s coup against the elected Yemeni government and increasing tensions with Iran, the Gulf countries adopted more protectionist policies, which also covered the news and analysis transmitted through the airwaves. Besides the Muslim Brotherhood, the Al-Jazeera Network emerged as a central apple of discord. While its English language channel was largely tolerated, it was the Arabic one that upset the rulers of the neighboring states as well as Egypt.

Doha attempts to fight back

Qatar’s opponents accuse her of backing extremists and terrorists, referring largely to the Muslim Brotherhood-affiliated scholars as well as the Iran-backed Shiite activists who are alleged to be involved in militancy in Yemen and terrorism in Saudi Arabia. Doha denies the claim, but expresses its readiness to look into the matter. The four-nation demands also list compensation for the losses resulting from its foreign and political policy. The plea is not only intangible but also outrageous, according to various Qatari and Turkish observers.

Over the past four weeks, the countries involved have relied on excessive hardline posturing while Qatar pragmatically exercised restraint. Doha has, meanwhile, launched its own diplomatic offensive for support and mediation. While expressing willingness for dialogue, the leadership defended its policies and questioned the legal basis of demands and sanctions. While Qatar’s national carrier has been hardest hit by denial of airspace, competitors Etihad and Emirates have reaped benefits during the Ramadan season, and this has moved the World Trade Organization.

The 2022 FIFA World Cup preparations too have been impacted to an extent amidst purported fears of its transfer to another country. Qatar will do everything to enable the mega-event to successfully take place on its soil.

The quartet seems unwilling to compromise, expecting Doha to give in completely. The demands are not only rash but are also impossible. Meanwhile, Saudi Arabia seeks to have someone like former ruler and grandfather of current emir, Khalifa bin Hamad Al Thani, who was ousted in a coup by his son Sheikh Hamad bin Khalifa Al Thani in 1995. Ever since his ouster, Saudi-Qatar ties have been on a slippery slope. Sheikh Hamad’s, and later his son Sheikh Tamim’s, independent foreign and media policy has been akin to a thorn in the Gulf leaders’ throats.

It is anybody’s guess as to how far Qatar is ready to walk towards its opponents. However, expect no breakthroughs. The mere fact that the emir of Kuwait has managed to buy more time for mediation before further curbs are imposed against Qatar offers a silver-lining behind dark clouds.

Doha may be ready to revisit its definition of extremism and to evict Muslim Brotherhood leadership to Turkey or other non-Arab Muslim states. The issues of downgrading relations with Iran, whose Revolution Guard Corps members are sought to be sent back, and the termination of the agreement of a Turkish base are less explosive issues in the entirety of demands.

Social media activists and the elements exploiting the situation for their respective objectives have poisoned the atmosphere steadily. Twitter and Facebook have brought nationalistic sentiments into play, forcing the leaders to take expected hardline positions. The GCC solidarity has already withered away. The bloc will not be the same again. Oman’s independent policy aspirations may be the next target if Qatar capitulates under the multilateral sanctions and pressure. The ailing Omani leader is already beset with the question of succession, given the fact that he has no son to replace him.

Restraint notwithstanding, Doha has displayed all signs of defiance, from diplomatic outreach to legal recourse. For the quartet, failure to achieve the expressed objective can be consequential. Thus, either side is digging in for a long-drawn standoff. Qatar’s expatriate manpower may start leaving sooner or later, while the cost of running the state may soar exponentially. Though Saudi Arabia is restricted due to Iran’s disruptive proxies in its neighborhood, the UAE happens to be the more aggressive opponent due to tough competition from Qatar in the business sector as well as its position in the global economy.

The US deterrence against exercise of the military option may be vital but not enough for global economy as well as regional stability. Protracted cold war in the GCC may result in palace intrigues and social disruptions fanned by the rival third party.