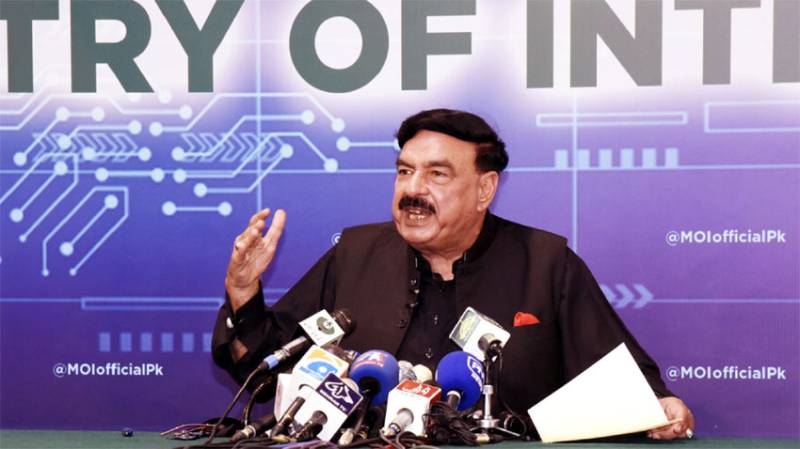 ISLAMABAD - Interior Minister Sheikh Rashid Ahmed said on Monday that an Afghan team has arrived in Islamabad for an investigation into the incident involving Afghan Ambassador daughter’s alleged abduction and torture.

Addressing a press conference, he said the authorities concerned will fully cooperate with the Afghan team, adding that police have completed their probe into the matter and are ready to answer any questions of the foreign investigators.

According to Afghan embassy in Islamabad, Ambassador Najibullah Alikhil’s 27-year-old daughter Silsila Alikhil was allegedly abducted briefly and tortured by unidentified persons last month while she was on her way home from Blue Area before being dropped on a road with her hands and feet tied.

Rashid said that he has instructed the security officials to share their findings with the visiting team.

Talking about Noor Mukadam murder case, he said that they cannot have Zahir Jaffer, the prime suspect in the case, killed in a police encounter.

He sarcastically said the “active ladies in Islamabad” and “large social media” have rejected the possibility of an extrajudicial killing. He said the investigation has been completed, adding that all evidence has been provided to the court. He hoped the court will sentence Zahir to death over his brutal act.

The interior minister said that law and order situation will be maintained during the holy month of Muharram.

Responding to a question, the Interior Minister said progress has been made in Dasu Dam incident. He said China has always stood by Pakistan in difficult times. He said foolproof security arrangements have been made for security of Chinese people in Pakistan.

Sheikh Rashid said that NADRA has decided to issue Covid-19 vaccination certificates. A vaccination verification system for both local and foreigners is being launched at NADRA.

He said the Islamabad administration has been directed to further secure the diplomatic enclave. As many as 190 more security cameras will be installed there.

Pakistan on Thursday rejected remarks by India over the reported abduction of Afghanistan ambassador's daughter in ...