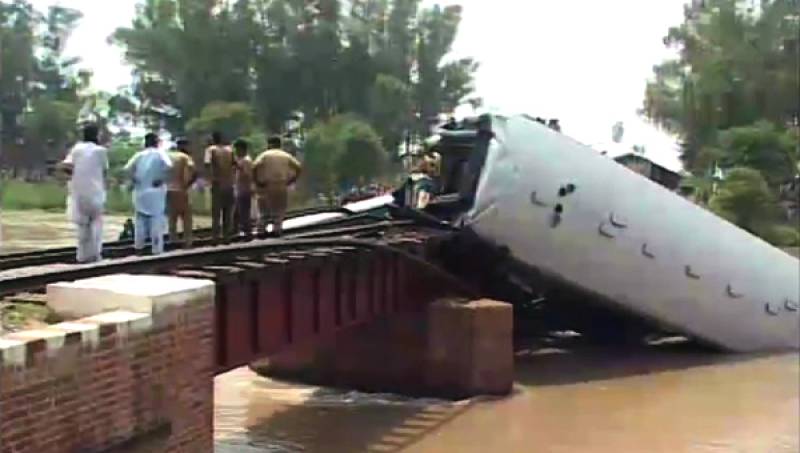 The ISPR added that army personnel were travelling in four bogies of the unfortunate train and more causalities are expected.  The relief activities are underway, the ISPR statement said.

About 85 people were also injured and they were rushed to different hospitals in nearby cities.

Railways Minister Khawaja Saad Rafique has ordered an inquiry into the incident. Khawaja said that six people were still missing and operation is underway to rescue them. 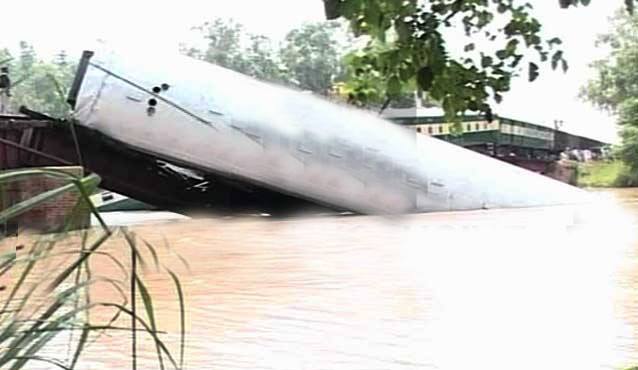 He said hand of miscreants behind the incident can not be ruled out. Water supply to the canal has been stopped, he added.

According to railway authorities, 20 to 25 passengers have been rescued from the canal as a rescue operation by Pakistan Army divers is in progress. 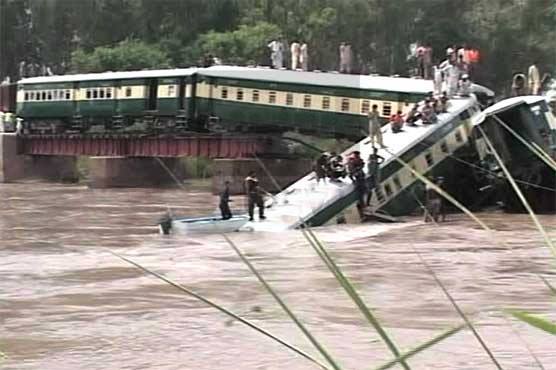 Around 300 passengers are said to be on-board that were travelling on the train which was on its way to Kharian from Pano Aqil when the bridge collapsed.

A relief train from Lahore has been dispatched on the orders of Divisional Superintendent Pakistan Railways, which is carrying medical, mechanical as well as technical staff. 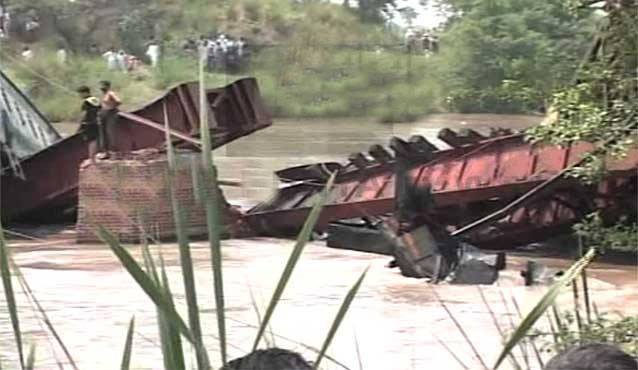 Rescue teams from the army were using cutters and other machines to gain access to the occupants in the compartment, said the report.

The injured passengers have been shifted to military hospital of the city.

The Pakistan army, residents and government rescue teams are taking part in the operation to pull out the people from the canal.

Two helicopters and a crane of the army also have joined in the rescue operation.

Prime Minister Nawaz Sharif has expressed grief over the accident and directed the Punjab government and relief services to provide all resources.