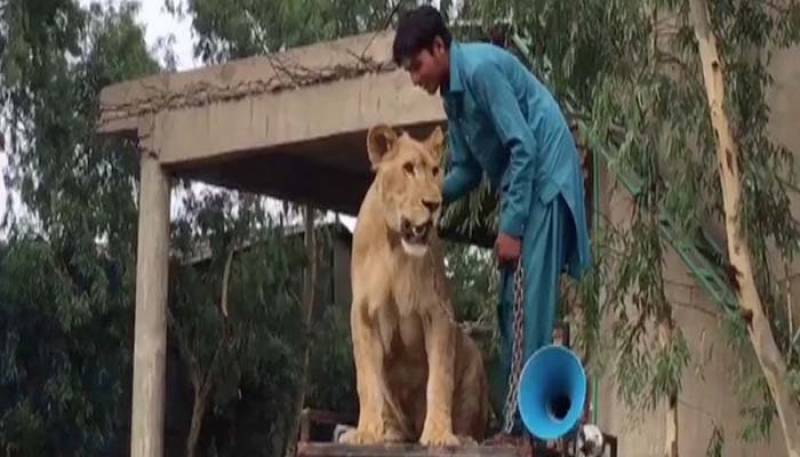 LAHORE - As the political temperature of the country continues to rise ahead of the general elections, the political parties have launched their campaigns with full forces.

The supporters of Pakistan Muslim League-Nawaz (PML-N) attracted the public attention when they took to the streets of NA-127 constituency, from where Maryam Nawaz is contesting polls, with a lion, the electoral symbol of the party, as part of the election campaign.

A supporter, Mian Zia, talking to media said, “I will run Maryam’s campaign and walk this lion every day in every corner of NA-127 till the polling day”.

The former prime minister Nawaz Sharif's daughter will be facing Pakistan Tehreek-e-Insaf’s Jamshed Iqbal Cheema in the NA-127. She is also taking part in elections from Punjab Assembly constituency PP-173.

Currently, Maryam is London since the Eidul Fitr and did not return to Pakistan due to the deteriorated health condition of her mother, Begum Kulsoom Nawaz.

Earlier today, local media claimed that Nawaz and Maryam have decided to fly back to Pakistan in a week in order to run the campaign of the party.