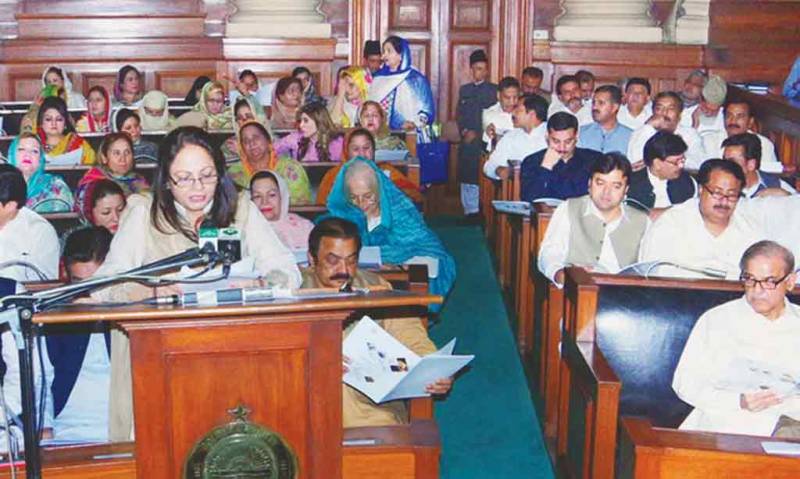 LAHORE - The government of Punjab has proposed a 10 percent increase in salaries and pensions of government employee in the budget for the fiscal year 2017-18.

This was announced by provincial minister for finance Ayesha Ghaus Pasha on Friday who presented the annual budget for the upcoming year amid a boisterous session of Punjab assembly on Friday.

The government has allocated a total of Rs 285 billion for salaries whereas Rs 173 billion for pensioners in budget for the upcoming year.

It bears mentioning that the Shehbaz Sharif led provincial government had hiked the salaries of government servants by the same amount in the last budget as well.

This is the 10th consecutive and most probably the last budget presented by Pakistan Muslim League-Nawaz before the next general elections scheduled to take place in 2018.