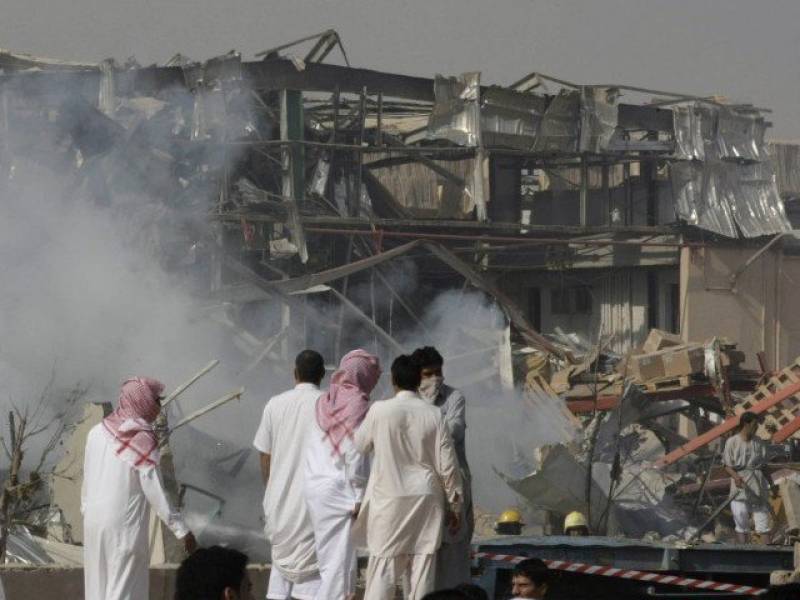 RIYADH (Staff Report) - At least five Pakistani citizens residing in Saudi Arabia were killed when a fire broke out in a housing unit in Riyadh on Saturday.

Foreign Office spokeswoman Tasneem Aslam confirmed on Saturday that the fire in the Saudi capital had also left several injured.

Moreover, media reports quoted Saudi Red Crescent’s Abdullah Al-Meraibed as saying that ambulances were dispatched to the location in Al-Nadheem district in the east of Riyadh after news of the blaze emerged.

Al-Meraibed said the five deaths occurred due to smoke inhalation, adding that the bodies were taken to the National Guard Hospital in Riyadh.

Prime Minister Nawaz Sharif expressed grief and sorrow over the deaths of Pakistani nationals in Riyadh due to the fire, a statement issued by PM House said.

The prime minister extended condolences to the families who lost their loved ones and directed the Pakistani embassy in Saudi Arabia to facilitate the transportation of bodies back to the country, the statement said.

The premier also asked the embassy to look after the needs of those evacuated from the building.