China's position on the Kashmir issue is clear-cut and consistent: Spokesperson 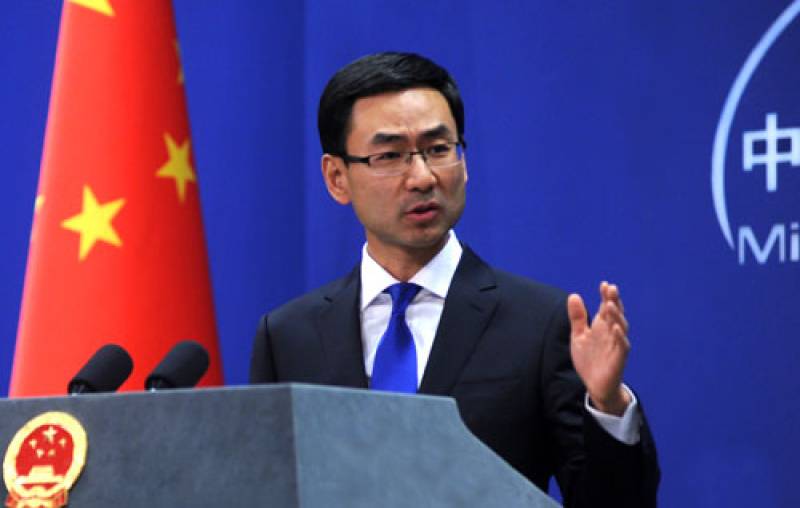 BEINJING - China has reiterated that its position on the Kashmir issue is clear and consistent that it should be properly resolved through negotiations by the relevant parties, the Radio Pakistan reports on Thursday.

Chinese Foreign Ministry spokesperson Geng Shuang said that the approval of the listing of Masood Azhar has nothing to do with the Kashmir issue and would not affect China’s position on the longstanding dispute.

"China's position on the Kashmir issue is clear-cut and consistent. This is an issue left over from the past between India and Pakistan and should be properly resolved through consultation and negotiation by relevant parties," the spokesman said.

He said Pakistan has made enormous contributions in fighting terrorism, which deserved the full recognition of the international community.

The spokesperson said China will continue its firm support to Pakistan’s efforts to combat terrorism and extremist forces.

The spokesperson remarked that the 1267 Committee of the United Nations Security Council (UNSC) had detailed criteria for the listing procedures.

"China always believes that the relevant work should be carried out in an objective, unbiased and professional manner and based on solid evidence and consensus among all parties," he added.

Geng Shaung said on the listing issue that China had been communicating with relevant parties in a constructive and responsible fashion.