Use technology to read more, says Vikas Swarup at SIBF 2017 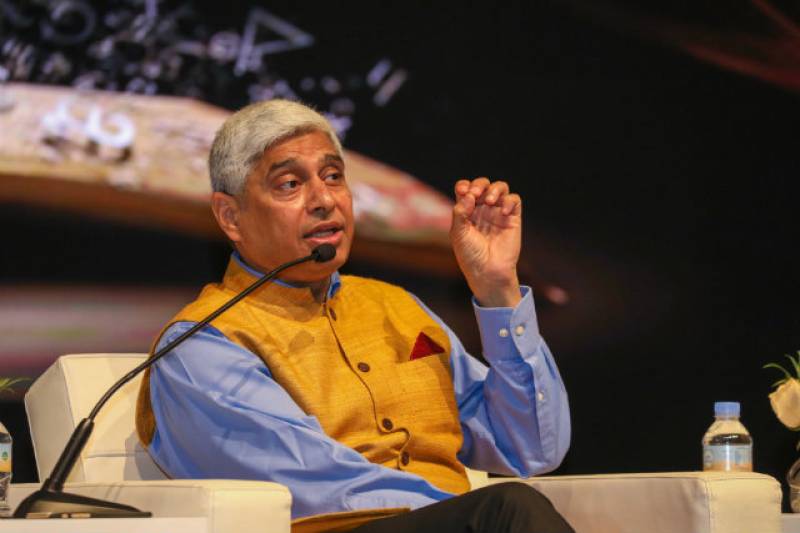 SHARJAH - “My approach to a film adaptation of my book is that I would have for a distant relative,” said Indian High Commissioner to Canada and bestselling author, Vikas Swarup, who after a 15-hour flight from Ottawa, Canada was overwhelmed by the reception he received from over a thousand school goers from across the UAE who came to see him at the Sharjah International Book Fair (SIBF 2017) on Thursday morning.

A Q&A with accomplished British-Pakistani journalist and writer, Sarfraz Manzoor (also a literary guest at the fair), was rolled out before a packed audience, and delved into several aspects of Swarup’s life, his inspirations for his book Q&A - translated into 43 languages and the muse for the Oscar winner “Slumdog Millionaire”, why he thinks a good idea should never be lost, his starkly different occupations as a diplomat and a writer, how good books can shape a bright future for children, and more.

“I am delighted to see so many young faces here in the audience today. If young people engage with the world of books, ideas and the written word, we can be sure that we are heading towards a bright future. Whatever careers and professions you all go ahead and choose for yourself in life, your base will have to be strong. And there is no foundation stronger than the one that that is supported by the knowledge from good books,” Swarup said introducing himself to the audience. 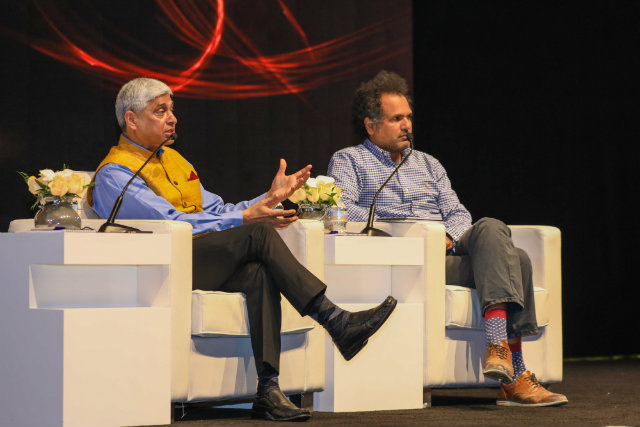 The audience was most curious to know at what point he decided to become a writer, where the idea for Q&A and his other books came from, and how he went about his research on Dharavi - the biggest slum in Asia and the setting of Q&A.

SHARJAH - The 36th edition of the Sharjah International Book Fair (SIBF) has started with a glittering opening ceremony ...

“I grew up in the small Indian city of Allahabad that has given India the maximum number of prime ministers like Nehru, cinema legends like Amitabh Bachchan. My world did not have televisions, the internet, and PlayStations. My spare time was consumed by books. I always thought of myself as a reader, never a writer. It was only when I was posted in London between 2000 - 2003 that the idea of trying a hand at fiction came to me. Even though I wrote Q&A in two months when I eventually came down to writing my first book, I never thought I had an author in me. I never imagined that one day I would be addressing a crowd of over a thousand people at the Sharjah International Book Fair who have come together to celebrate my books!

“If I could make that transition of becoming a writer from a reader, I know that each one of you present here can,” Swarup responded. 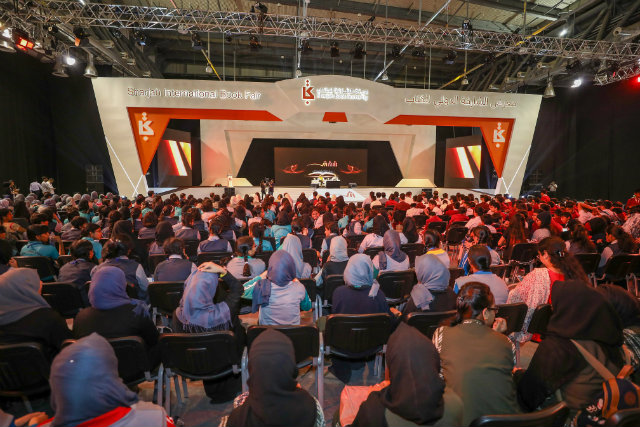 When asked about how he managed to compartmentalize his rational and sensible approach as a government representative and his creative flair as an author, Swarup remarked: “The left brain right brain logic does not work for me. Creativity is a quality that exists within us all. I joined the Indian Foreign Service in 1986, have been a diplomat for India for 32 years and a writer for 10.”

For the aspiring writers in the audience, Swarup’s piece of advice was: “Before you become a writer, become a reader. Read, read, read. A kindle can store thousands of books, and are accessible with a few taps of the finger. Use technology to read more, and access all the knowledge in the world that you possibly can.”

SHARJAH - The Emirates Publishers Association (EPA) has signed a Memorandum of Understanding with National Media ...

He added: “A central source of inspiration for an aspiring writer is other writers. Of course, it could come from a piece of music or a piece of rock, but the more you learn the craft of writers the better you can apply it in your own writing. Also, keep an eye out for life itself. Life experiences are precious, just living life meaningfully will enrich your creativity.”

“Future plans?” asks Manzoor, inquiring if there is another book people can expect soon.

“Well, I am a weekend writer and the 1.2 billion Indian Canadians organise several social dos that keep me occupied over the weekends these days. My favourite genre growing up was thriller mysteries, and I always wanted to project society through my writings. My books represent what I define as the genre of ‘social thrillers’. The winter in Canada really inspires me, and who knows maybe my next novel will probably be a murder mystery drenched in snow!”