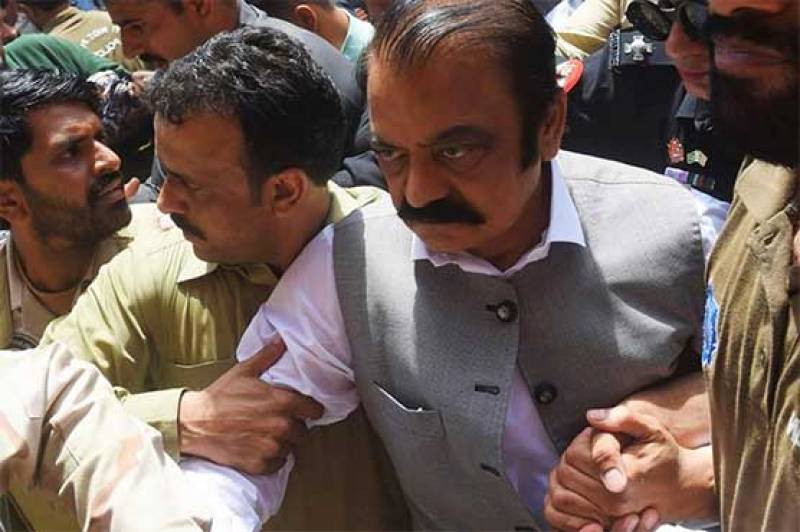 According to media details, Call Data Record (CDR) of the investigation officer was submitted in the court where Duty judge Khalid Bashir conducted the hearing.

Rana Sanaullah’s counsels also requested the court take action over their client’s plea to hand over the seized car.

The ANF maintained in the petition that a drug trafficking case was lodged against the PML-N leader on July 1 and the challan was timely submitted.

The ANF took the stance that the trial court, contrary to facts, rejected the plea seeking a hearing on a daily basis.

The ANF requested the Lahore High Court to nullify the trial court’s decision.

On July 1, ANF officials arrested Rana Sanaullah, who served as the Punjab law minister during the former PML-N government, from the Islamabad-Lahore motorway near Sukheki, while he was travelling from Faisalabad to Lahore.

The ANF had registered an FIR against the PNL-N leader under 9-C, 15 and 17 of the Control of Narcotic Substances Act. It was alleged that the ANF recovered 15 kilogram heroin and other drugs from Rana Sanaullah's car, whereas, the operation was conducted on a tip-off.