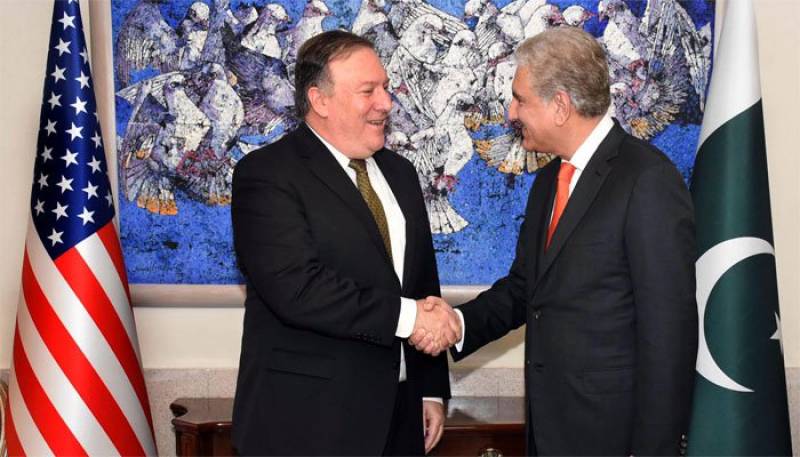 Qureshi, who is in the US to attend the UNGA session, is also scheduled to meet National Security Adviser, John Bolton in Washington as well.

Pakistan's foreign minister and Pompeo first held talks in Islamabad earlier this month in which both the sides stressed resetting the ties; Prime Minister Imran Khan and Military CHief, General Qamar Javed Bajwa was also present in the meeting.

Following the talks, Qureshi had said that the disconnect between Pakistan and the US was addressed in the meeting.

Qureshi had also said that the next round of negotiations between the respective authorities will be held in Washington.

"I will meet Secretary Pompeo during my visit to the United Nations General Assembly," he had said after the high-level Islamabad huddle.

The foreign minister earlier represented Pakistan in the 73rd United Nations General Assembly (UNGA) session in New York where he spoke at length on issues pertaining to Kashmir, India, regional peace and Islamophobia.

According to the foreign office, the foreign minister will return back to the country on October 3.

Qureshi-Pompeo meeting comes at a time when Islamabad and Washington are engaged in a tug of war over multiple issues from terrorism to peace in Afghanistan.

The US is repeating calls that Pakistan needs to act against the Haqqani Network while Pakistan contends that it was engaged in widespread military operations against terrorists without any discrimination.