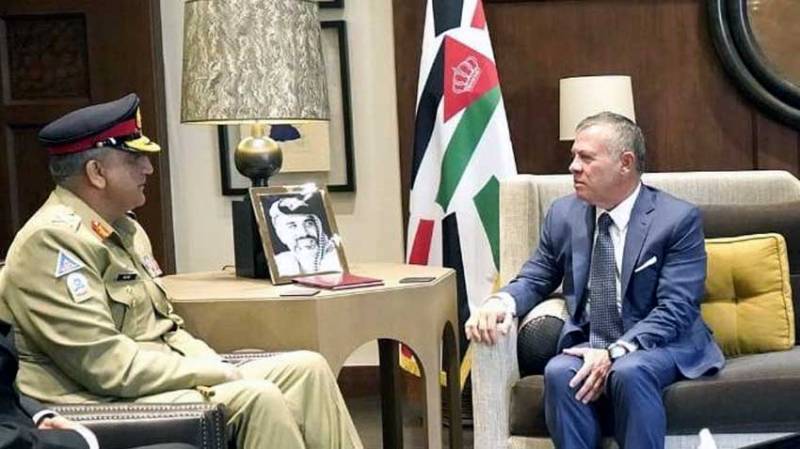 He expressed this desire at a meeting with Chief of Army Staff (COAS) General Qamar Javed Bajwa during his three-day official visit to Jordan.

The army chief assured King Abdullah-II that Pakistan has the highest regard for Jordan and will welcome any positive initiative.

The Jordanian King awarded the medal 'Order of the Military Merit' to General Qamar Javed Bajwa in recognition of his services for improving defence and security relations between the two brotherly countries.

The Jordanian Chairman Joint Chiefs of Staff thanked General Bajwa saying that Jordan considers Pakistan to be one of the most reliable partners and is ready to take the relationship to the next level.

Both the sides expressed satisfaction over convergence in strategic views and the considerable efforts towards improving peace and stability.