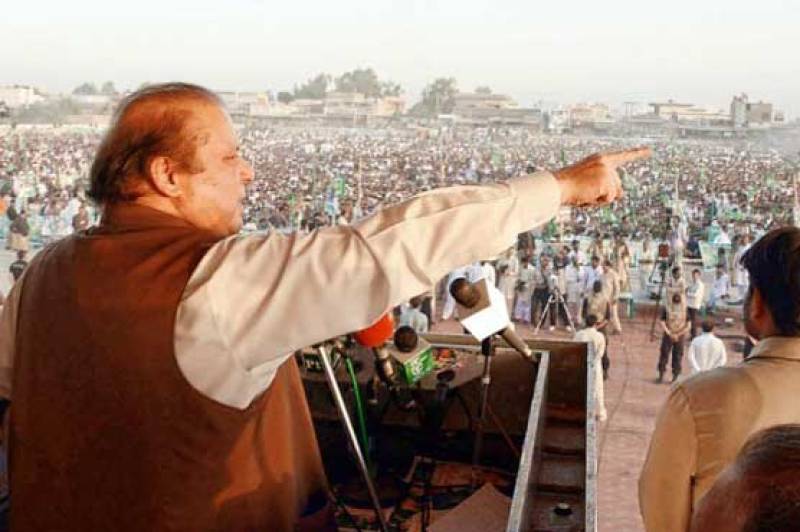 BAGH (Web desk) - Prime Minister Nawaz Sharif has said that unprovoked Indian firing on the Line of Control is not only an aggression against Kashmiris but also amounts to targeting the conscience of the world community, Radio Pakistan reported on Wednesday.

He said this while inaugurating newly constructed Sports Stadium at Bagh in Azad Kashmir as part of the developmental projects for earthquake affected districts.

The Prime Minister said Pakistan is continuously keeping the international community abreast of these provocations, ceasefire violations and trampling of human rights of Kashmiris by Indian troops.

He declared that Pakistan would continue to raise voice for Kashmiri brethren till realisation of their rights of self-determination.

He said firing across Line of Control and the Working Boundary has increased in recent days posing threats not only to innocent people but also to peace and security of the region.

Nawaz Sharif said Pakistan is drawing attention of the United Nations and the international community towards these violations and threat to peace.

The PM said Pakistan is playing a pivotal role in the global war against terrorism. A successful operation against terrorism is continuing and its achievements are being acknowledged by the entire world.

The premier conveyed to the world that people of Pakistan and their armed forces are fully resolved to eliminate terrorism at all costs.

He said we will also not forgive those supporting terrorists in any way. He said by eliminating terrorism, Pakistan would give gift of peace to the international community.

Forty three development projects have been completed at a cost of 2.7 billion rupees for earthquake affected districts of Azad Kashmir including Muzaffarabad, Bagh and Poonch.

These projects will benefit population of thirty hundred thousand.