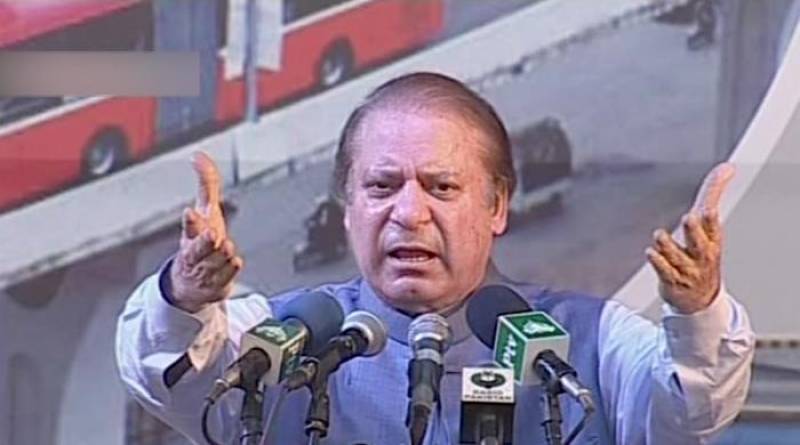 He was addressing a public gathering at Kala Shah Kaku after laying the foundation stone of Lahore Eastern bypass at Kala-Shah Kaku on Friday evening.

He said that electricity producing powerhouses are being built in the entire country. The prime minister said that loadshedding will decrease next year and completely end in 2018.

He, on the occasion, also hit out at Awami Muslim League (AML) leader Shiekh Rashid for his time and again predictions about the ouster of the PML-N government at TV channles.

Without directly naming anyone, the prime minister said that “one politician of Rawalpindi has been making predictions like a parrot about our government. "Three and half years have already passed and God willing we will complete our term and go to the next polls,” he said.

The prime minister anticipated that he (Rashid) won’t be able to become the member of National Assembly again after the next elections, the PM added.

He said PML-N has been winning in the by-elections with considerable majority due to its performance.

While lambasting Imran Khan, the PM said that people reposed confidence in the government’s performance in Burewala and Jhelum, where PML-N candidates were declared winners.

Speaking on the occasion, Minister for Defence Production Rana Tanvir Hussain said that due to the untried efforts of the government today's Pakistan is much better as compared to that of 2013.