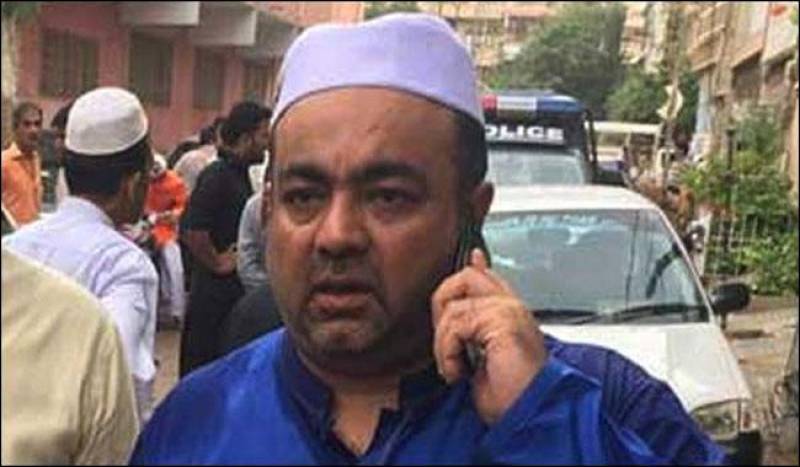 Hassan's security guard and a child were killed and five others were injured. Rescue officials shifted the deceased and the injured to the hospital, Deputy Inspector General Police (DIGP)-West Zulfiqar Ali Larik said a few minutes after the attack.

Four assailants on two motorcycles opened fire on the MQM-P leader as he exited the mosque after Namaz-e-Eid, Larik explained.

The DIG went on to mention that police gave a chase to the assailants and an exchange of gunfire also took place, leading to the death of one of the attackers. A second assailant, however, managed to escape getting caught.

The shell of a 9mm pistol bullet was also found from the crime scene, Larik added.The injured were moved to the metropolis' Abbasi Shaheed Hospital.

Khawaja Izharul Hassan while narrating the incident said:"They were wearing helmets and were garbed in police uniforms, adding that the assailants opened fire right after they saw him exiting the prayer area".

MQM-P leaders condemned the incident and demanded an impartial inquiry into the attack.