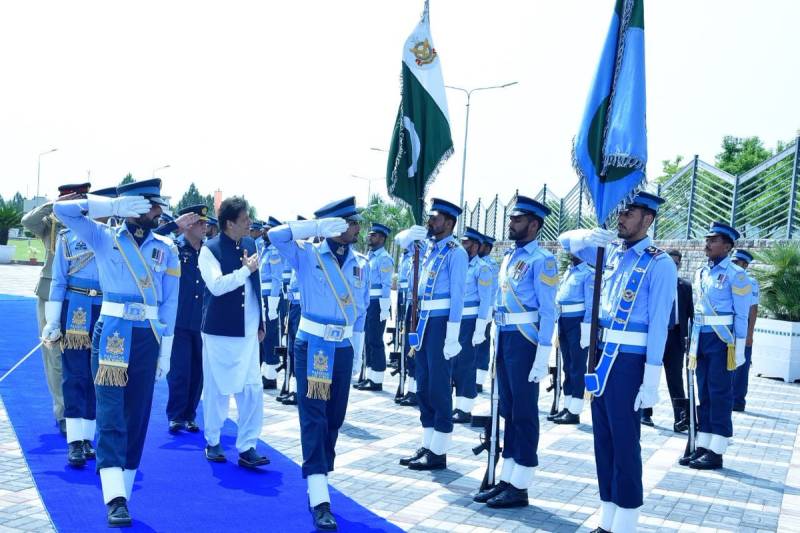 The Director-General of Inter-Services Public Relations (ISPR), Major General Asif Ghafoor detailed that the premier was presented guard of honour upon arrival. 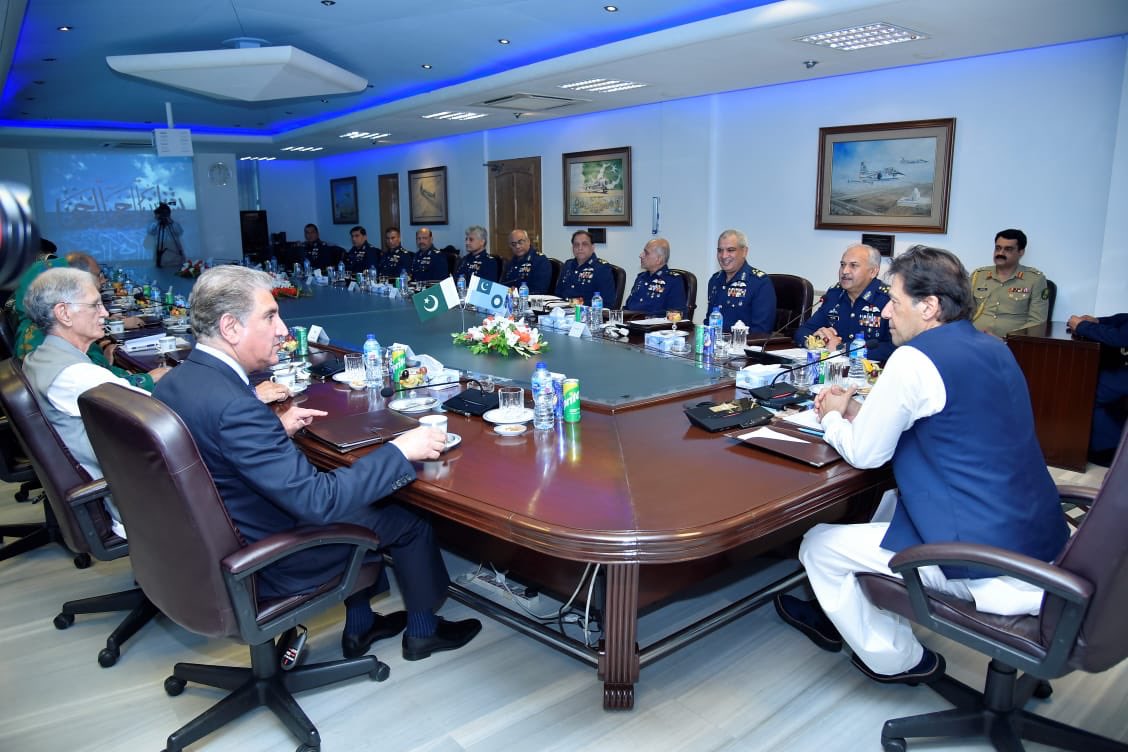 The military's spokesman added that the premier laid floral wreath at martyrs' monument and lauded Pakistan Air Force’s role in ensuring the aerial defence of the country specially the one displayed during February this year. 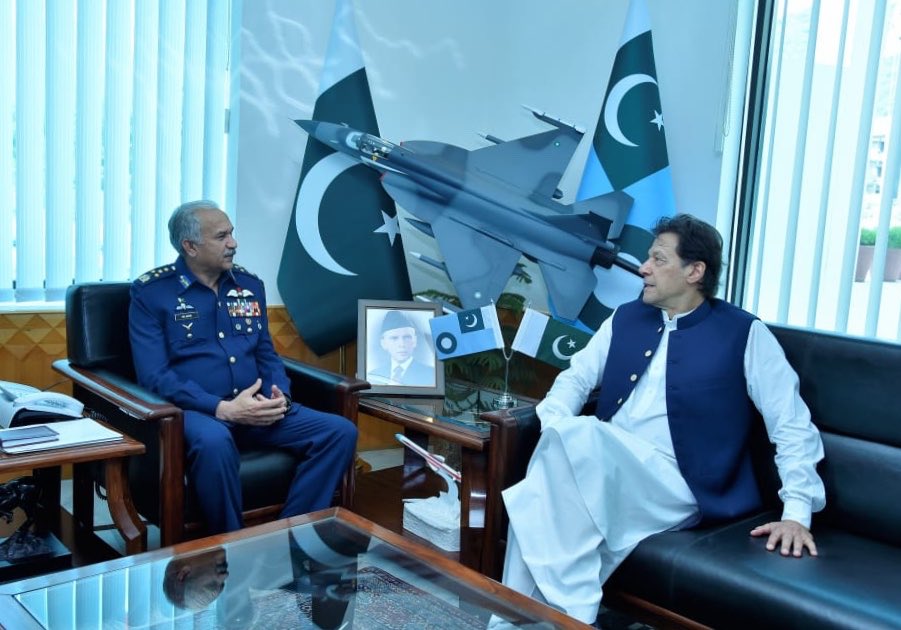