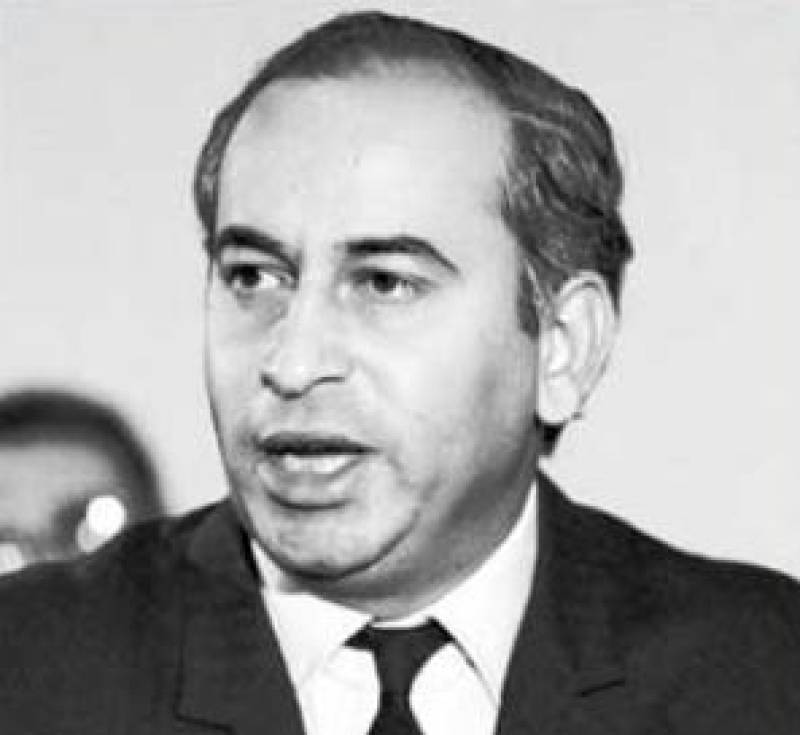 KARACHI - The Sindh government has announced a public holiday across the province on Tuesday, April 4, to mark the 38th death anniversary of former Prime Minister Zulfikar Ali Bhutto.

Bhutto, the founder of Pakistan Peoples Party (PPP), was executed in 1979.

According to a notification issued by the provincial government, all government offices, semi-government, autonomous bodies, corporations and local councils under the administrative control of the province will remain closed.

‘Quran Khwani’ and ‘Fateha Khwani’ will be held in all divisional, district, tehsil and city offices for the eternal peace of the souls of Shaheed Zulfikar Ali Bhutto and Shaheed Benazir Bhutto.

Seminars, public meetings, majalis, dialogue and mushairas will also be held to highlight the contributions of Shaheed Zulfikar Ali Bhutto.

On 2 April 2011 former president Asif Ali Zardari approached the Supreme Court (SC) through a presidential reference under Article 186 of the Constitution to seek its opinion on revisiting the Bhutto’s murder trial. However, the reference remains undecided for the last four years.