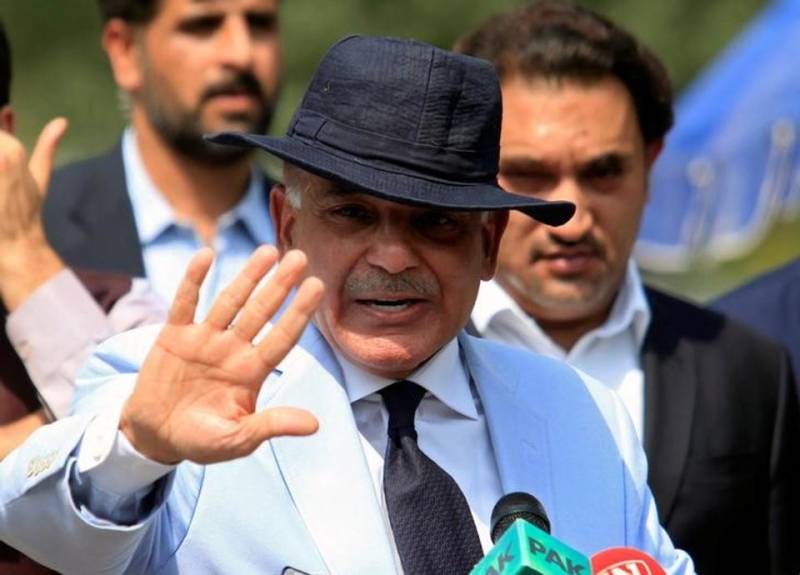 ISLAMABAD - Punjab's chief minister Shehbaz Sharif is likely to retain his current post paving the way for Khaqan Abbasi to continue premiership till the next general elections.

According to a report by Geo News, some senior Pakistan Muslim League-Nawaz (PML-N) leaders have advised against removing Punjab Chief Minister Shehbaz Sharif from his slot and elevating him as prime minister.

The most noticeable voice in this regard is of Punjab's law minister Rana Sanaullah who openly suggested that Shehbaz Sharif should continue as chief minister as the province was progressing smoothly under his leadership.

"This decision to elevate Shehbaz to the office of PM will shift the focus of the government from development to election campaigns as he has to contest by-polls from NA-120 to be a member of the National Assembly," he said during a meeting in Murree.

On the other hand, former defence minister and close aide of Nawaz Sharif, Khawaja Asif said it is all but certain that Shehbaz will become the prime minister after the necessary procedures are undertaken. Asif added that Nawaz was still reviewing the situation and another outcome is possible.

Veteran analyst Najam Sethi too hinted at the option of retaining Shehbaz Sharif as a provincial chief executive on Twitter.

But the rumour mill is not the one to pick the next premier as the final authority still lays with the former prime minister Nawaz Sharif who is expected to go to Lahore on Sunday via the motorway or GT Road.

Sharif, currently camped at Murree, also met the recently appointed premier Khaqan Abbasi on Wednesday and discussed legislators to be appointed as ministers.

Abbasi while speaking to journalists said they want to convey to the world that prime minister of the country can change, but policies remain intact.

Responding to journalists' queries about the new cabinet, he said consultations were ongoing and would continue over the next few days after which the cabinet would be sworn in.

The new cabinet was initially supposed to be sworn in on Wednesday, but the oath-taking was postponed in the afternoon.

Another visibly awkward rumour making rounds in power corridors is that former interior minister Chaudhry Nisar Ali Khan might be appointed as president of Pakistan, though no one has confirmed or denied it.