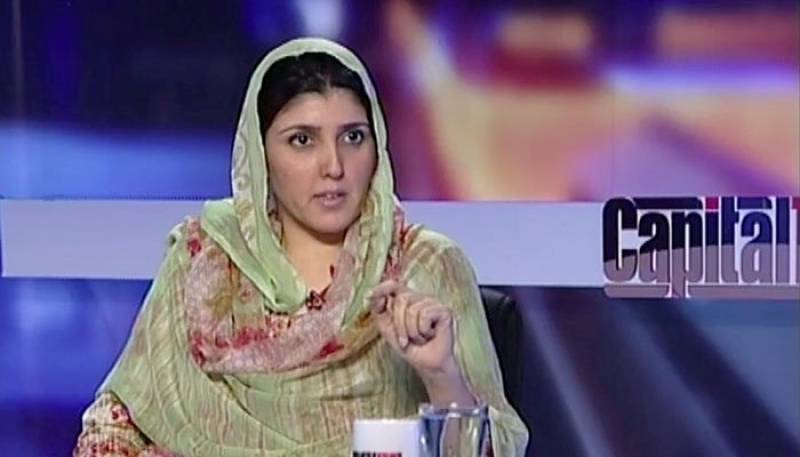 Talking in Geo News' program Aaj Shahzeb Khanzada Kay Sath, Mir said the messages were shown to him in the presence of Awami National Party senator. Although he refused to disclose the content of the text messages, Hamid Mir said the communication substantiated the accusations levelled against Imran Khan.

Mir also called for an inquiry into the alleged obscene messages of Imran Khan to Gulalai.

However, speaking on another private news channel, Mir further contended that he could not ascertain whether the obscene texts he read in estranged leader's phone were from Imran Khan or not. "I don't know if the messages were from Imran Khan," Hamid Mir maintained.

Meanwhile, an app called 'Fake Text Message' has sent the internet into a tizzy as social media users spin their wheels on speculations that the texts Gulalai claim to be an evidence against Imran Khan might be fake and forged as the estranged leader has overtly refrained from disclosing anything substantial publicly.

The app allows you to 'send' seemingly real cellular text messages to your own number from any number in the world.

Earlier,  Ayesha Gulalai said that Imran Khan had hinted towards tying the knot in the texts sent to her, which also included misappropriate messages.

ISLAMABAD - Former Pakistan Tehreek-e-Insaf (PTI) leader Aisha Gulalai has said that her father asked her to ignore the ...

However, Imran Khan claimed that Ayesha Gulalai has been used and bought by the PML-N.

"The PML-N has used her and bought her. This is the tried and tested method of PML-N," said Imran in an interview with a private TV channel.

In an explosive presser on Tuesday, Gulalai, who got elected to the National Assembly on a reserved seat for women from the Federally Administered Tribal Areas, claimed that the culture being promoted by certain party leaders was not in line with Pakthtun cultural values.

“Women workers are not respected in the PTI and a respectable woman worker cannot remain in the party,” she alleged.