Another blow to Sharifs as Pakistan contacts Interpol to arrest Hassan, Hussain 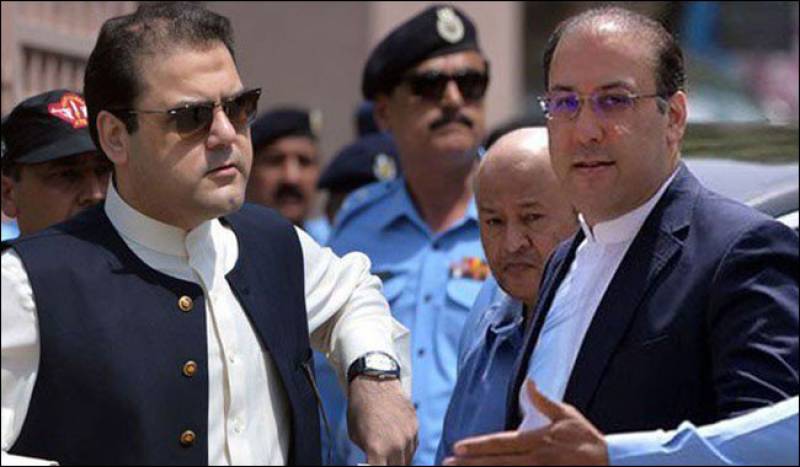 ISLAMABAD - The Federal Investigation Agency has officially approached International Police (Interpol) for issuance of red warrants against sons of convicted ex-prime minister Nawaz Sharif who are staying in London.

The move came when the National Accountability Bureau (NAB) contacted the Ministry of Interior to take measures for extradition of Hassan and Hussain Nawaz, who have been declared absconder by and accountability court, following the issuance of their perpetual arrest warrants by an accountability court in the Avenfield case verdict.

The Avenfield case is one of the three reference filed by the anti-graft buster agency against members of Sharif family - the ex-premier, his sons, daughter Maryam Nawaz and son-in-law Captain (retd) Safdar - in the light of the Panama Papers case verdict. All these members of Sharif family are named in the Avenfield case, while Nawaz and his sons have been made respondents in all of them.

Last month, the trial court announced verdict in the London flats references, awarding sentences to Nawaz, Maryam and Safdar, who are currently serving their terms in the Adiala Jail. However, the sons of Sharif failed to appear before the court for their trial despite repeated summons.

“We have dispatched official request seeking the arrest of ex-premier Nawaz Sharif’s sons through Interpol on Thursday. Interpol Lyon, France Headquarter, also acknowledged its receipt around 10pm,” a senior official of the FIA told a daily English newspaper.

“Red warrants request was sent through I-24/7 online system of FIA, which has direct communication with the International Criminal Police Organisation”.

Earlier, Pakistan had contacted the Interpol for issuance of red warrants for former finance minister Ishaq Dar who is absconder in a assets reference since last year when he was allowed to go abroad on medical grounds and he did not came back.