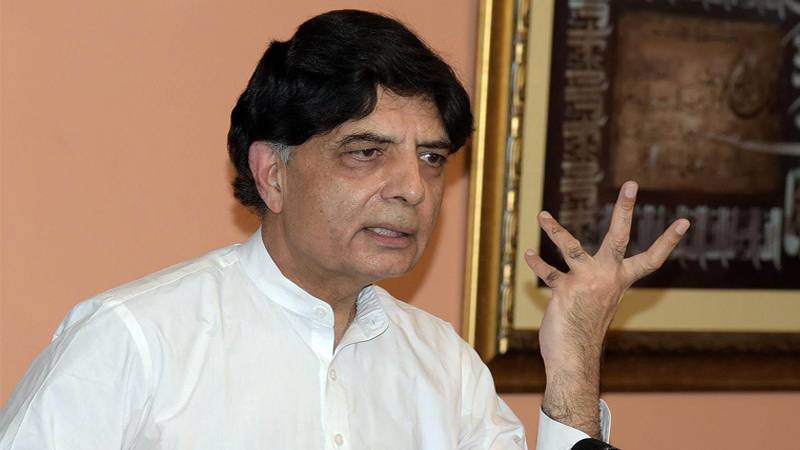 RAWALPINDI - Former interior minister Chahudhry Nisar Ali Khan, who failed to bag any National Assembly seats due to upset defeat during general election, has announced to take part in by-polls for NA seat from Rawalpindi.

The estranged leader of Pakistan Muslim League-Nawaz (PML-N) did not disclose that from which constituency he will be contesting from.

Chaudhry Nisar made the announcement while addressing a public gathering at the residence of Raja Sajid Hameed, chairman of Union Council Ranyal where local leaders of the PML-N were also present.

He said his politics was based on the truth and development of public, besides clarifying that he did not have greed for getting any portfolio.

Nisar, who has been a member of the lower house of the parliament since 1985, contested elections as an independent candidate from two NA seats - NA-59 and NA-60 - and two provincial seats - PP-10 and PP- 12. But he faced a surprising defeat from all seats except PP-10.

PTI’s Ghulam Sarwar, who defeated Chaudhry Nisar, in both NA constituencies is yet to be announced which seat he will be vacating.