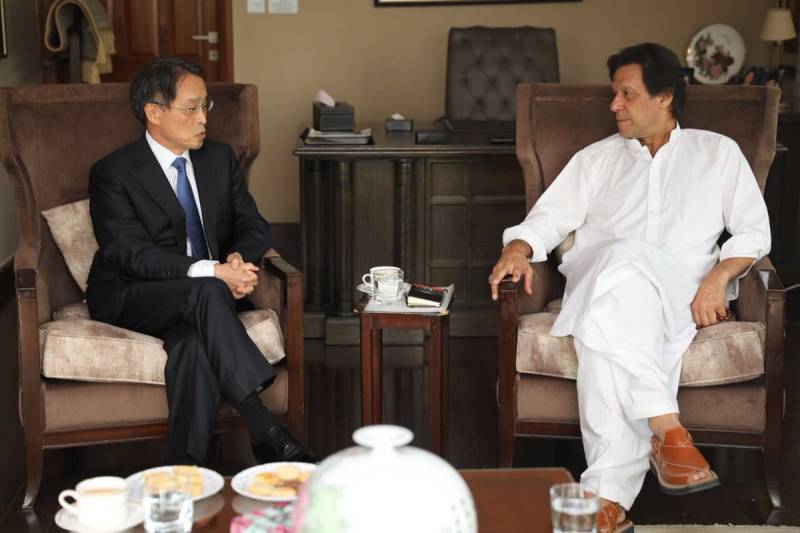 ISLAMABAD - Japanese Ambassador Takashi Kurai visited Banigala to call on Prime Minister awaiting Imran Khan to congratulate him on his party's performance in the general elections.

Japanese Ambassador called on Chairman @imrankhanpti at his residence in Banigala to felicitate and congratulate him on his victory in the General elections. #PTI pic.twitter.com/fFbIoJgPxd

Apart from the Japanese ambassador, the British envoy and other foreign dignitaries have also visited the PTI chief in recent days.

The envoys of China, Saudi Arabia and the United Arab Emirates have all called on the PTI chairman since his party emerged as the winner of the July 25 polls.

Besides, India's Prime Minister Narendra Modi had also telephoned Imran Khan to congratulate him over his party's victory, saying that India was "ready to enter a new era of relations with Pakistan", according to a PTI statement.